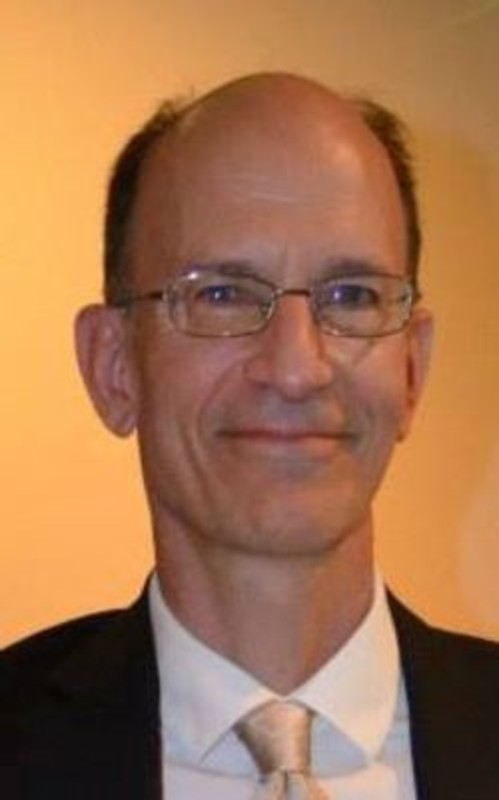 Kevitt Deane Brown, 60, went to be with his Lord and Savior, Jesus Christ, on Friday, October 24, 2014, after a long struggle against lymphatic cancer. He was born December 13, 1953 in Tucson, Arizona, the son of Halett Keith Brown and Evelyn Marjorie (Bourquein) Brown. After spending a few years in Tucson, the family removed to Thornton, Colorado, where Kevitt spent the rest of his childhood. Upon graduating from high school, Kevitt received his undergraduate degree from Colorado State University, and then later his MS and PhD in plant genetics from Cornell University in New York, pursuing a career in agricultural science. It was at Cornell that Kevitt experienced the most important changes that would define his life. Kevitt was awakened during college to his need for salvation, and his subsequent conversion to Jesus Christ marked the turning point of his life. Several years later, his life as a bachelor came to a happy end when he met Sara Estrada, another graduate student at Cornell studying plant breeding and genetics. Kevitt and Sara married on Sept. 25, 1982, and their lifelong union was one of the chief joys of his life, producing three daughters in the years to come. As part of his profession in plant genetics, Kevitt's career took him around the world, and to work for several companies. During college, his travels took him to the Philippines, while his first career move brought him to Indonesia to be a consultant in rice breeding. Eventually, the family settled in Richmond, Virginia, and then, finally, in Lafayette, Indiana for the remainder of his life. Many trips brought him to Central America, South America, and Eastern Asia, with the goal of finding ways to increase grain production. He spent many years as a Corn Research Coordinator at FFR Cooperative, and, in his final years, held a position as Corn Breeder and Researcher at Beck's Superior Hybrids, a company he valued for their research, employee care, and Christian testimony. Kevitt's life was one marked by devotion to Jesus Christ. He was humble about his own achievements, transparent about his sins and failings, and faithful in his duties as a husband, father, brother, neighbor, employee, and friend. A longtime deacon of Faith Church, Lafayette, IN, he taught in adult, youth, children's ministries for many years. He was also a leader of the Hispanic ministry, providing physical and spiritual care and counsel. Because of his heart for God, his was a household characterized by love for others, including international students, and he was honored by Purdue University for his long service in this area. His final years were marked by increased suffering with the cancer he had fought for 12 years, yet also by a consistent faith and joy in God's mercy to him through his pains. Against all expectations, he saw all three of his daughters not only graduate from high school and college, but also marry, and give birth to children of their own. Besides these grandchildren, he is survived by his wife Sara (of Lafayette, IN); daughters Nisha Congrove (of Bloomington, IN), Keilah Bailey (of Lafayette, IN), and Tirzah Birk (of Lafayette, IN); a brother Keith (of Grand Junction, CO), a niece Bailey Brown (of Grand Junction), a sister Lyndal (of Cedaredge, CO), and a brother Darrell (of Thornton, CO). Funeral services will be held on Saturday, November 1, at 2:00pm (visitation to be held at 1:00pm the same day) at Faith Church (5526 State Road 26 E, Lafayette, IN 47905). Memorial contributions can be made to the Faith Bible Seminary of Lafayette, IN