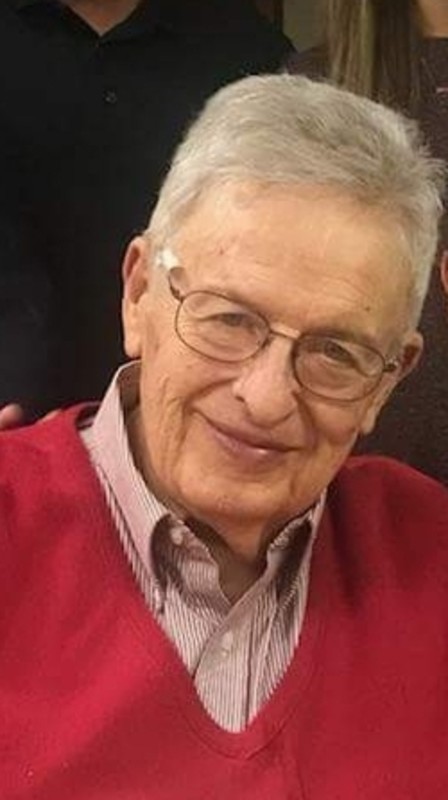 Ken was born December 15, 1937, in Norman, Oklahoma, son of Robert W. & Wilma Mooney Field.  His marriage was to Judith Jacquelin Dunkerly on December 20, 1959 at the First United Methodist Church of Anderson, Indiana.

He is survived by his sister Judith Field Stuntz (husband Dr. Edgar Stuntz) of Manitowoc, Wisconsin and five nieces, nephews and their families.

Ken attended grade school at Klondike in West Lafayette, Indiana; middle school in Cleveland, Ohio; graduated from Morgan Park High School in Chicago, Illinois in 1955 and from Purdue University in 1960 with BS in Business Management.  He was a member of Sigma Phi Epsilon Fraternity while at Purdue and sang in the University Chorus.  He and Jackie met at an Alpha Chi Omega Sorority and Sig Ep Fraternity party and it was love at first sight.

As the family grew, there were Cub Scout and Boy Scout Camping Trips, lots of hiking and camp fires, trips to the State Parks, canoeing, Swim Club Events, tent camping in the back yard, Little League, school sports and activities to keep the kids busy.

He was very active in all of the Kiwanis and Altrusa programs that supported youth in the community.  He was a special Friend at Klondike School and had mentored children in 5th grade math from 1997-2010.  He helped with the Weekend Food Back Pack Program at the First Methodist Church for Edgelea School.   He enjoyed helping others and working at the Salvation Army and Tippecanoe Food Pantries.  He was an active member of the First United Methodist Church of West Lafayette and a certified Lay Speaker by the United Methodist Church .  He was an usher and participated in the Disciple Bible Study Programs and GIFT Dinners.   He helped with the LARA Graduation Ceremonies and helped Jackie prepare and serve the Wednesday Dinner for the Teen MOP’s Program and the Youth at his church.

He loved his grandchildren and liked to attend their sporting activities when possible.  He liked working in his yard and garden and was a supporter of Purdue Football and Men’s and Women’s Basketball programs and looked forward to working security at the games.

For their Forty fifth wedding celebration they took a trip to the Holy Land with a group from the church, the Fifth Year Celebration was a family celebration on Fripp Island, SC.  They also enjoyed trips to Alaska and Greece.

As he told one of his nurses, he was proud of all of his children and grandchildren and he was a proud American.

He had a big smile, a great sense of humor and enjoyed making people laugh.