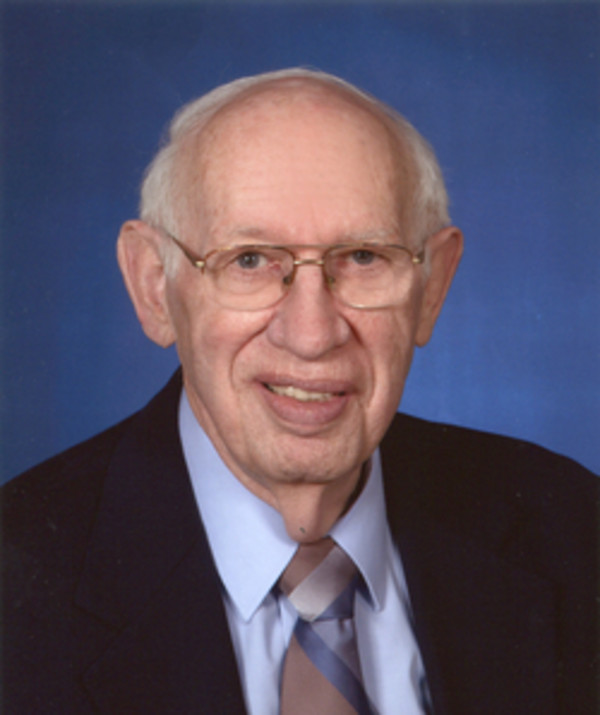 Karl B. Lohmann, Jr., age 91, of West Lafayette, died peacefully on Saturday, February 11, 2017, at Westminster Village, surrounded by family.  He was born in Champaign, Illinois on October 2, 1925, the son of Professor Karl B. Lohmann and Jane England Lohmann.  After graduating from Urbana High School in 1943, he served in the Army Air Corps during World War II as a radio operator, flying extensively in China, Burma, and India and completing numerous trips across the Himalayan Mountains transport route known as “The Hump”.

Upon return to the U.S., he earned a B.S. degree from the University of Illinois in 1950 and a M.S. from Indiana University in 1952.  Early work experience included census enumerator, newspaper reporter/photographer, and commercial television director.  From 1953-1959 he produced films for the University of Michigan Television Office and was a production consultant for National Educational Television, a forerunner of the Public Broadcasting Service.  From 1959 until his retirement in 1990 he was employed by Purdue University as a film and television producer-director.  He also taught film production and film-appreciation classes at Purdue, in addition to authoring and publishing 17 papers in seven professional journals.  In addition to his university work, he created and produced seven independent films that were selected for screenings in more than 30 national and international film festivals, with one film receiving a prestigious CINE Golden Eagle Award, the nontheatrical equivalent of an Academy Award.

Lifelong hobbies included photography, music, and painting.  He also enjoyed sailing, kayaking, and being outdoors.  He had a deep appreciation of nature and for many summers he and his wife took their children on lengthy camping trips to state and national parks throughout the country.

He is survived by his wife Joan J. Lohmann, to whom he was married for 65 years, and by three children: daughter Kathleen Baumann (husband David) of Odenton, Maryland; son Kenneth J. Lohmann (wife Catherine) of Chapel Hill, North Carolina; and daughter Sara L. Kirk (husband Paul) of Gainesville, Florida.  He has five grandchildren and four great-grandchildren.  He was preceded in death by his sister Elizabeth “Betty” Faucett of Champaign, Illinois.

A memorial service will be held at the Unitarian Universalist Church of Tippecanoe County at 2 p.m. on Sunday, February 19, with Rev. Elizabeth Carrier-Ladd officiating.  The service will be followed by a reception.  Condolences and memories can be shared online at http://www.soller-baker.com.  In lieu of flowers, the family has asked that memorial contributions be made to the Lafayette Urban Ministry (420 North Fourth St, Lafayette, IN  47901).