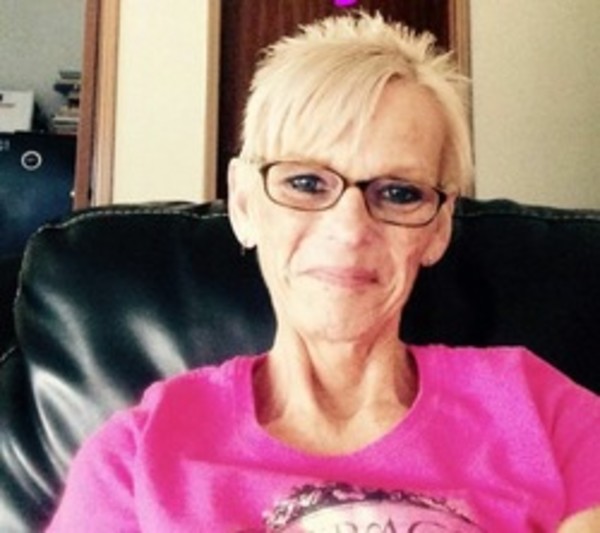 Judy K. Brown, 62, of New Richmond died Tuesday, July 28, 2015 at Indiana University Hospital in Indianapolis. She was born November 22, 1952, in Lafayette to the late Robert and Delores Green Hanthorn. Judy graduated from Lafayette Jefferson High School, Class of 1972. On March 7, 1973 she married Richard Brown in Bartow, FL and he survives. Judy was a member of the American Legion Auxillary Post 439 in Colfax and enjoyed camping, spending time with her grandchildren, family and friends. Surviving along with her husband are her sons Thomas Brown (Amey) of New Richmond, Brice Brown of Virginia, sisters Roberta Johnson (Herbert) of Delphi, Delores Suizo of Arkansas, Faith Green of Lafayette and a brother Michael Hanthorn (Patty) of Lafayette. Also surviving are her grandchildren Lainey, Thomas Ace and Jackson Brown. Judy was preceded in death by a daughter April Brown. Visitation will be from 10:00 to 11:00 am Friday at Soller-Baker Lafayette Chapel, 400 Twyckenham Blvd. Funeral Service will be at 11:00 am Friday at Soller-Baker Lafayette Chapel, Rev. Dr. Clayton Kendall officiating. Burial will be at Wheeler-Black Cemetery. Those wishing may contribute to the American Cancer Society in Judy's memory.