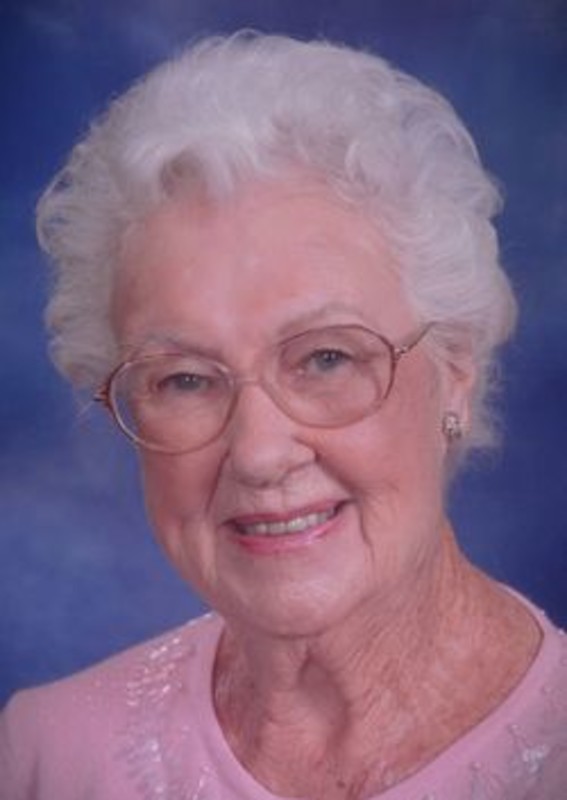 Juanita J. Rebman Buck, 91, of Mulberry, passed away at 8:58 am on Sunday, August 9 at Mulberry Health and Retirement. She was born December 6, 1923 in New Castle to the late Clarence and Lida Shay Brown. Juanita graduated from New Castle High School and on April 12, 1946 married Glen “Pete” Rebman. He died October 5, 1970. Then in 1972 she married James Buck, he preceded her in death in 1996. Juanita had worked in the cafeteria at Dayton School and later for Purdue University Food Services. She was a member of Dayton United Methodist Church where she loved to work in the kitchen, Dayton Mothers Club, Church Women United, Sheffield Homemakers, and Dorcus Circle. Juanita enjoyed volunteering at L.U.M., crocheting, knitting, baking, sewing, gardening, puzzles, and square dancing. She was an avid Cubs, Purdue and NASCAR fan and while at Mulberry Health and Retirement she loved the activities, music and Bible studies. Surviving are two daughters, Sandra Roberts (Darrel) of Lafayette and Glenda Treida (Norman) of Flower Mound, TX.; a son , Glen Thomas Rebman also of Lafayette along with Step Children, Jim Buck (Nancy), Jean Sharp (Bob), Bobbie Carter, and Tom Buck (Vickie) all of Lafayette, and Carol Kennedy (Bob) of Lexington, KY. Also surviving are six grandchildren, seven great grandchildren and one great great grandchild, several step grand and great grandchildren and one step great great grandchild. Juanita was preceded in death by two brothers and two sisters. She will be deeply missed by her family and friends. Visitation will be from 5:00 until 7:00 pm on Tuesday, August 11 and again from 10 am until the time of the service at 11:00 am on Wednesday, August 12th at Dayton United Methodist Church. Rev. Mike Dominick will be officiating. Burial will follow at Fairhaven Cemetery in Mulberry. Those wishing may contribute in Juanita's name to Dayton United Methodist Church at 7201 Wesleyan Dr. Dayton, IN 47941.