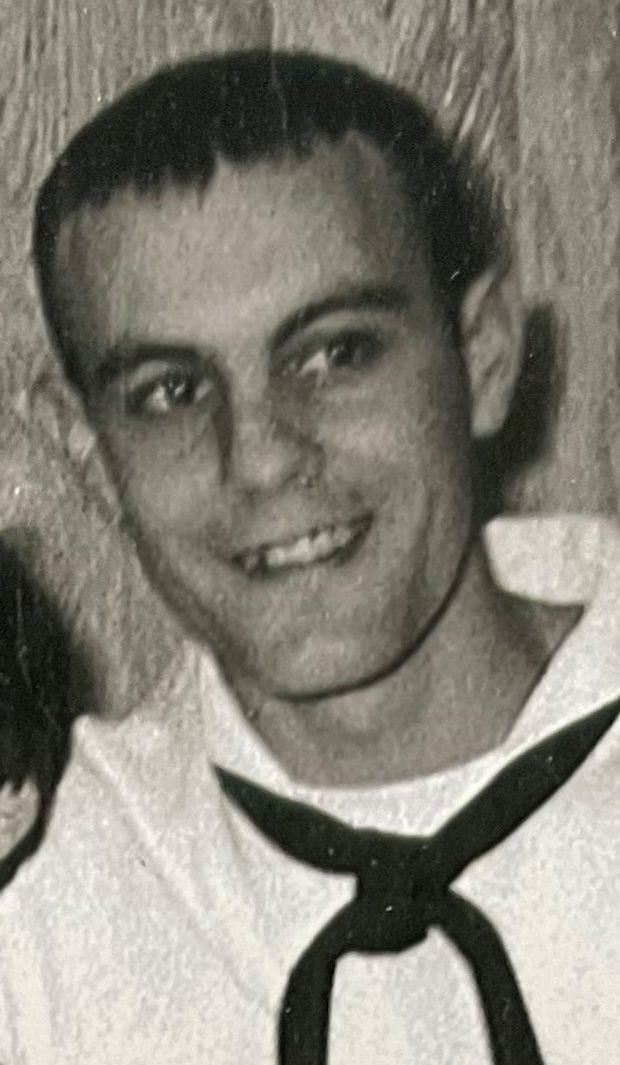 Joe was born February 9th 1937, in Scott County, Indiana to the late Harry and Leona Landers Sebrey. He was the 5th of 11 children, and was preceded in death by siblings Whayne, Harry, Rosalie, Carolyn, Michael, and Robert, and is survived by siblings Carlene Armatta, Patrick Sebrey, and Mary Totten.

Joe graduated from Lafayette Jefferson High School in 1955 and took classes at Purdue. He was initiated into the Plumbers and Steamfitters Union local #157 on October 17, 1955 and  was an active member until his death. He was a passionate believer in unions, having this wacky idea that working people should be paid a living wage and treated fairly. I know—it sounds crazy in this day and age. He was a welder, a pipefitter and a steamfitter and he worked on nuclear subs and power plants and he taught those skills for many years too. He did hard physical labor his entire career and he loved it, but he was also a scholar. If he was sitting down, he was reading. He read three newspapers a day and held the written word in great reverence. He made sure his home was filled with books and that his children were readers too. That was before the internet so it was easier to do that then.

Joe served in the Navy from 1957-1960 and recently confided to a social worker that it was the happiest time of his life, which is somewhat offensive to his children. But we get it. We’d rather be out on the ocean too. He told stories of whales coming to say hello as he welded the hull of the ship. He did not share the story of the bar brawl in Turkey that started with he and his shipmates fighting sailors from another boat. Uncle Patrick shared that one. He said Joe told him they were fighting other sailors but eventually the sailors were all fighting the townspeople, “and we were winning too.” At least until the Turkish army showed up. Joe was an adventurer and loved traveling the world. He was always passionately interested in other cultures—except maybe the Turks—I wasn’t there, so I can’t say for sure. He would’ve happily stayed at sea forever but his wife Dorothy preferred a husband who was on the same continent so he came home.

His marriage was to Dorothy Wheeler in May of 1959. He had two children, Don Sebrey(wife Chen Da) and Terri Schrader(husband Dan). He had four grandsons, Virak, Isaac, Henry and Peter. He never met a child or an animal he didn’t like. Adults? Not so much. He loved the woods, nature, solitude, fishing, and people not talking to him.

Memorial Visitation will be Thursday, May 6th from 4:30-6:30 PM at Soller Baker Funeral home Lafayette Chapel. In lieu of flowers, donations may be made to the charity of your choice or Food Finders Food Bank backpack program. You may leave condolences at www.soller-baker.com