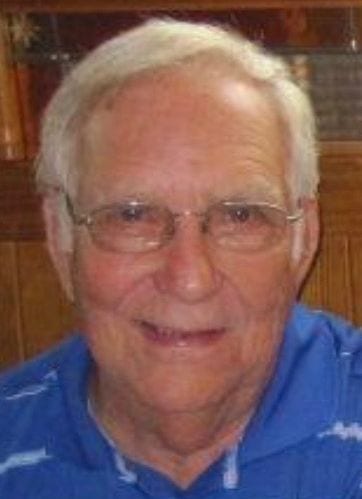 Joseph G. Gear, age 83, passed away on Friday, October 23, 2020, in his home where he was surrounded by family who loved him dearly. Joe was born in Stewardson, Illinois on November 10, 1936, to the late Arthur Gear and Ruth E. Habben Gear. When Joe was two weeks old, the family moved to Montmorenci, Indiana, where he resided the rest of his life and was often jokingly referred to as the “south end mayor of Montmorenci.”

Joe was a 1956 graduate of Montmorenci High School.  After graduation, Joe worked at National Homes in Lafayette and eventually started a successful construction company, Sigman and Gear, which later became Joe Gear Construction.  Joe leaves a legacy of hard work, integrity and kindness. Many of Joe’s homeowners became lifelong friends due to his strong work ethic, honesty, expert carpentry skills, and good-natured personality.

Joe married Carol Morehouse Gear in 1958 and they later divorced.  He married Mary Davis Gear in 1978, who survives.  He was cherished by his wife and their family, Marsha (Dennis) Freeland, Donna (Alden) Masonis, Amy Hamilton (Monte Moore), all of West Lafayette, Indiana, and Tony (Kara) Politz, Jonesborough, Tennessee. He was a doting grandfather to Katie and Patrick Freeland and Meredith (Zach) Pettet; Tori Hamilton; Lydia and Eli Politz; and great grandchildren, Carsyn and Della Pettet. Also surviving are mother-in-law, Pearl Davis; sisters-in-laws Bette (Jim) Gear, Ginny (Bill) Freeman and Brenda Fisher; and many nieces and nephews.

Joe loved the sport of golf, both playing and watching the pros, especially Arnold Palmer. He was passionate about Purdue football and basketball, the Chicago Cubs, and the New Orleans Saints due to Purdue alumnus, Drew Brees.  Joe was an enthusiastic gardener and the self-proclaimed tomato king enjoyed sharing his bounty with friends and family. He was also an avid reader and enjoyed watching classic western movies, especially those starring John Wayne and Clint Eastwood.

A small, private memorial service and burial will be held on October 28, to be followed by a celebration of life for all as soon as COVID-19 guidelines allow, hopefully in spring 2021.  In lieu of flowers, memorial donations may be made in Joe’s name to the Benton Central Athletic Boosters Club, c/o Kristy Etter, P. O. Box 11, Fowler, IN 47944, or the Almost Home Humane Society, https://www.almosthomehumane.org. you may sign the guest book and leave memories at www.soller-baker.com