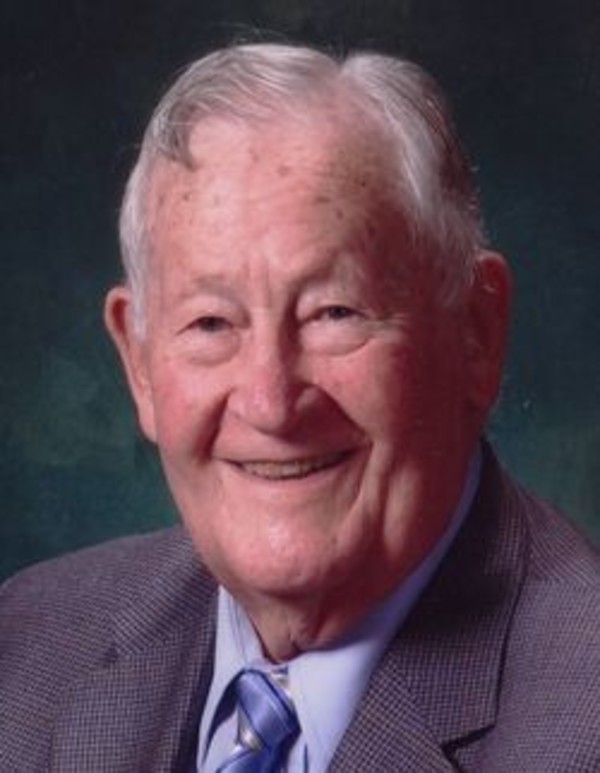 John William “Bill” Lamb, 91, of West Lafayette, passed away at 12:25 am Saturday, September 6, 2014 at St. Elizabeth East after a brief illness. He was born November 25, 1922, in Tippecanoe County to the late Ray and Louise VanDame Lamb. He served in the United States Army Air Corps from October 21, 1942 to 1946 and was reactivated in the Air Force from June 1, 1951 until December 19, 1952. He graduated from Wea High School in 1940 where he was recognized as the oldest living graduate. On May 22, 1948 he married Nora Ellen Thornton at St. Mary Cathedral in Lafayette. She passed away May 13, 2011. Bill was a purchasing agent at Purdue University for 35 years before retiring in 1988. He was a charter member of Church of the Blessed Sacrament where he served as a euchristic minister, a member of American Legion Post #11, National Football Foundation (Joe Tiller Chapter), Downtown Gridiron Club, a life member of Elks Lodge #143, Disabled American Veterans and the Purdue Alumni Association. Bill served on the Board of Directors for Lynn Treece Boys and Girls Club and also Food Finders Foodbank. Bill worked for Indianapolis Motor Speedway Network for 18 years, was a spotter for Purdue Football Network for 25 years and enjoyed spending time with his family, fishing, playing golf and Purdue University Sports. In May of this year Bill was honored to be able to participate as a Veteran on the Honor Flight to Washington DC. Surviving are four daughters, Lisa Foster and Carol Cornell both of Lafayette, Katie Hickner (Steve) of West Lafayette and Mary Lamb (Companion David Evenson) of Plymouth, MI. Also surviving are six grandchildren, sixteen great grandchildren and two great great grandchildren. Bill was preceded in death by a brother, Robert, a sister, Louise Gick and a special nephew Bob Lamb. Visitation will be 4:00 until 7:00 pm Tuesday, September 9, 2014 at Soller-Baker West Chapel followed by a Funeral Mass at 2:00 pm on Wednesday, September 10 at Church of the Blessed Sacrament. Burial will follow at Dayton Cemetery with Military rights. Those wishing may contribute in Bill's memory to the Lynn Treece Boys and Girls Club, Food Finders Food Bank or Church of the Blessed Sacrament Maintenance Fund.