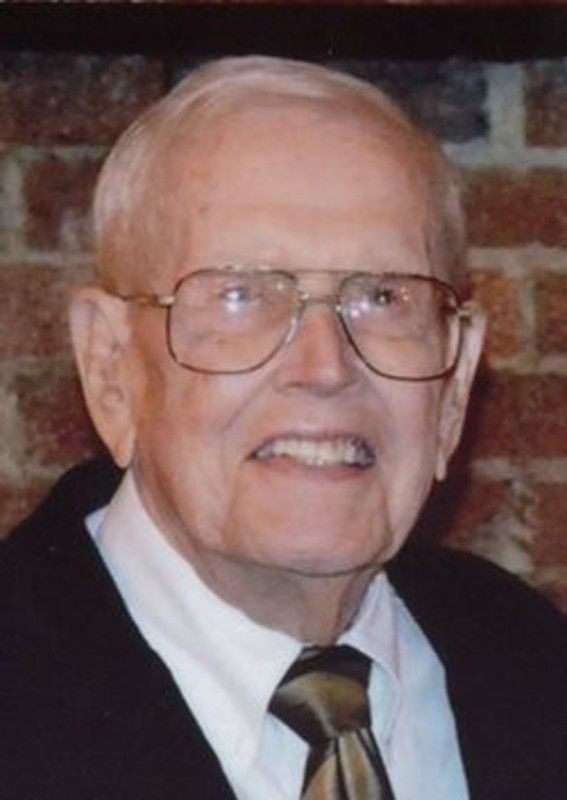 Tom Brokaw called it the greatest generation. Early Saturday morning it lost a great one. John T. Beale, 93, husband of Marion Lou Beale, went to his well earned reward in heaven. J.T. was a very interesting guy. He was an excellent basketball player for Logansport High School, graduated from high school, got married and immediately was serving in the US Navy on a carrier extremely involved in the South Pacific during World War II. He started training as a tool and die maker after graduating from the Ford Trade School in Detroit, Michigan, hence his drive for perfectionism in every area of his life. John started 3 successful businesses, T & L Tool and Die, and Co-tronics, a plastic injection molding company in Logansport, Indiana, and along with his wife Lou started Five Point Shoes in Lafayette, Indiana in addition to raising 4 beautiful kids, then added a “5th kid” who was immediately the oldest at 18 when his parents and grandma died. Yes, John was exceptional. His mantra throughout his life was FAMILY! That came first! No compromise, no hesitation, just simply FAMILY. John loved his children and grandchildren, always asked about them and was thrilled when they visited. He had a great sense of humor and had the most devastating mischievous smile. His mind was awesome and he taught attention to detail. An example was when he told one of his children, “.007 on the micrometer is not .008. If the customer wanted .007 he would have specified it in the blueprints!” He taught the value of trying to be the best at all you do. John was a true gentleman totally devoted to his wife Lou. From dating in high school until he transitioned to heaven John and Lou were a team. One of his last comments was, “Is Lou o.k. with this?” An hour later he left us physically, but like loved ones everywhere, he will definitely be in our lives. He made a difference in so many of our lives, will be missed dearly, referred to daily, and his love, influence and dedication will stay with us until we meet again. Happy Trails JT! John T. Beale Born: March 19, 1921 Logansport, Indiana. Relocated to be with Jesus: August 29, 2014 at 12:46 a.m. Married to wife Marion Lou Beale October 3, 1942. Survived by:Gene Alber of La Porte, Indiana, Pam (Bill) Mickler, and Kris (Mike) Buchmiller of Lafayette, Indiana, Tom (Lena) Beale, of Pretoria, South Africa, and Lisa Beale of Carmel, Indiana. 17 Grandchildren, 27 Great-Grandchildren and 2 Great-Great Grandchildren. Proceeded in death by a brother and 5 sisters. John Beale was a founding member of Victory Christian Center and a member of the finance committee. Visitation will be Thursday from 5:00 pm until 8:00 pm at Soller-Baker Lafayette Chapel. The funeral service will be Friday, September 5, at 10:00 am at Soller-Baker Lafayette Chapel 400 Twyckenham Blvd. Lafayette, IN 47909 with Military Honors to follow. Burial will take place at Mount Hope Cemetery in Logansport at a later time.