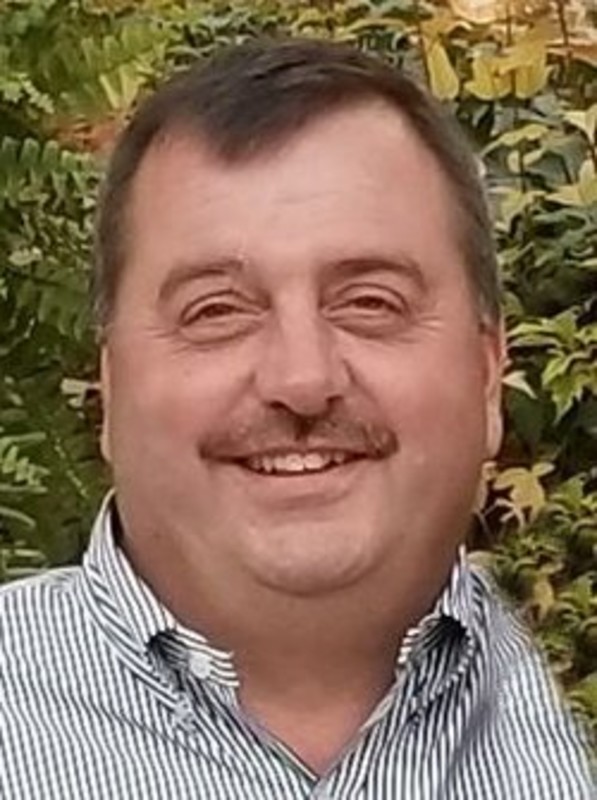 Jonathan Samuel Eugene Inman, age 50, of Monticello, passed away unexpectedly of an apparent heart attack at 7:40 a.m. on Thursday, September 28, 2017 during a business trip in Charleston, SC.

John was born April 2, 1967 in Lafayette to Pauline (Slavens) Anderson of Pine Village and William H. Inman of Wolcott.

After graduating high school John worked at Rite-Way Concrete Seal Systems for 4 years.  In 1989 John moved back to Oxford, where he reconnected with his wife, Janice McMurtrie.  John began working at Subaru of Indiana Automotive (SIA) soon after the Lafayette plant opened.  John had been employed at SIA for over 28 years and planned to work their until he retired.  John climbed the ranks at SIA and was currently a Specialist Supplier Quality Assurance.  At SIA John was instrumental in the quality assurance of all future models.  He was part of a team that helped launch the Tribeca, the Imprezza and he was currently helping with the newest SUV.

John married Janice L. McMurtrie on December 29, 1990 at the Methodist Church in Oxford.  John leaves behind his wonderful and beloved wife, Janice Inman.

John loved spending time with his wife, and they enjoyed traveling, boating, attending sporting events and many outdoor activities. John also loved all his family, his dog “Tux”, Twizzlers, music, all of his nieces and nephews, his friends, NASCAR races, golfing, and working at SIA, but not necessarily in that order.  He hated being late, complainers, dressing up, getting his picture taken and dishonest people, but not necessarily in that order.  Johnny loved to go to the Oakdale restaurant, and he thought of everyone there as part of his family.

John will be especially remembered for his big heart and that he never met a stranger. For example, the night before he passed away, despite the fact that he was not feeling well, he talked to the hotel front desk employee for over 30 minutes about his family.  She later told the family she felt like she knew John and them personally.  He gave 100% to everything he did.  You could call John any time of day or night if you needed something and he would be there no matter what.

Surviving along with his parents and spouse are a half-brother, Phillip Inman of Lafayette; two half-sisters, Jennifer Williams (husband Steve) of Danville, IL and Katie Latta of Lafayette; a sister-in-law, Susie Good (husband Kelly) of West Lafayette and a brother-in-law, Bill McMurtrie of Lafayette. Also surviving are nieces and nephews, Anna Good, Olivia Petro, Hunter Petro(great-nephew), Josh McMurtrie (wife Laura), Myron and Steven Williams, as well as a host of special and close friends.

Visitation will be from 5:00p.m. to 8:00p.m. on Thursday, October 5, 2017 at Soller-Baker Lafayette Chapel. Funeral Services will be held at 11:00a.m. on Friday, October 6, 2017 also at Soller-Baker Lafayette Chapel, 400 Twyckenham Blvd Lafayette, IN 47909 with Dr. Will Miller officiating.  Burial will follow at Tippecanoe Memory Gardens in West Lafayette.  Following the Burial Services there will be a Celebration of Life at Coyote Crossing Clubhouse, 5801 Augusta Blvd, West Lafayette, IN  47906.

Those wishing may contribute in John’s memory to the Anna Good Therapy Fund Old National Bank, Attn Kevin Jennings 22 North 2nd St Lafayette, IN 47901.  John was passionate about helping his niece with her therapy.  This fund will be managed for the family by BB&C, LLP.