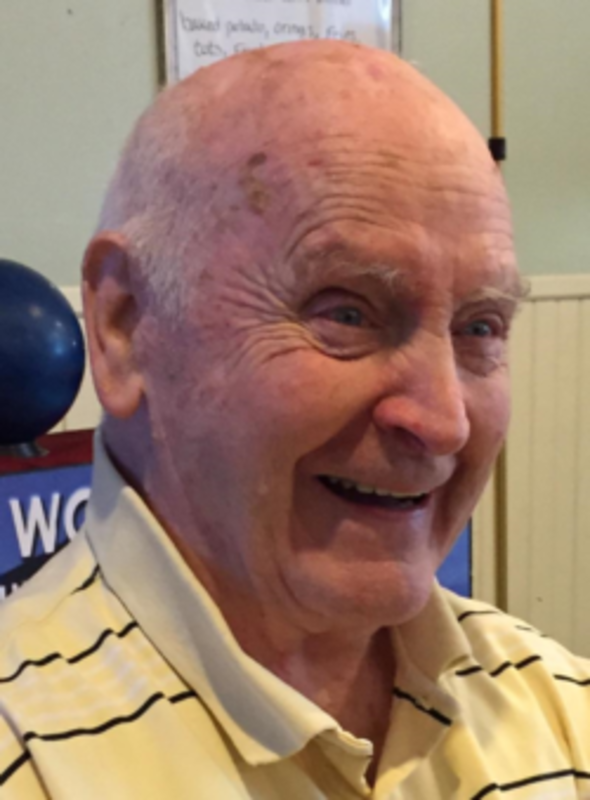 He was born April 26, 1930 in Lafayette to the late Kenneth and Lucille (Graves) Cook. He was a graduate of Lafayette Jefferson High School and married the love of his life Doris Coker in Lafayette on November 1, 1952 and they just celebrated 66 years of marriage. Bob worked as a draftsman for National Homes and later worked as the Supervisor of the Roofing Department at Purdue from which he retired in the early 1990’s. Bob also served in the National Guard.

He enjoyed bowling, baseball, watching John Wayne movies, Purdue sports, politics and Joke telling. His love for bowling started at a young age as he started working in 1941 at the age of 11 as a pin setter at Bowlmore Lanes, located above the Lafayette Glass Company. He was awarded the title of Mr. Bowler in 1969 and was inducted into the Indiana Bowlers Hall of Fame at the International Bowlers Hall of Fame in St. Louis, MO. He had several 300 games and bowled in classic bowling leagues and competed against the Stroh’s Brewery National Travel Bowling Team. He owned over 300 bowling balls. Bob served as the President, Junior Bowling Association and was the manager at Star Lanes when they first opened. He was a life-long member of the Lafayette Fraternal Order of Eagles # 347.

Along with his wife Doris he is survived by a sister, Debra Cook; brother, Donald (Ellen) Cook; cousin, John Hardesty; and many nieces, nephews, and cousins.

Services will be at 10:00 am, Tuesday, December 4, 2018 at the funeral home with Amanda Atkins officiating. Interment will follow at Tippecanoe Memory Gardens, West Lafayette.