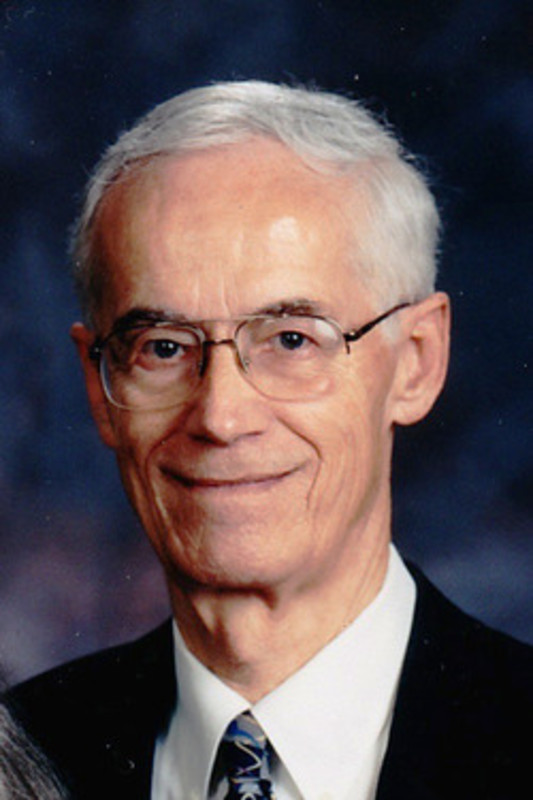 He was born in Battle Ground on July 4, 1934, to Charles and Gladys (Hobaugh) Gerhart. In 1955, he married Shirley (Brummett), who survives. He was valedictorian of Battle Ground High School (1952) and a graduate of Purdue University School of Pharmacy (1956).

Jack was a hard-working pharmacist and businessman. In 1967, he started Parkside Pharmacy, an independent pharmacy, and was active throughout his life in several local, state, and national pharmacists associations. In 1988, he was honored as Indiana’s “Pharmacist of the Year.”

He was also a devoted civic leader and community servant, as a longtime Kiwanis member, founder of the Harrison Boy Scout Hiking Trail, former president of the Battle Ground Town Council, and a former chairman of the Tippecanoe County Democratic Party. He served as a delegate to the infamous 1968 National Democratic Convention in Chicago. His dedication to his community was recognized with several awards, including the American Pharmacists Association’s Bowl of Hygeia award (1990), Rotary Organization’s Four Way Test award (1999), the Indiana Governor’s Sagamore of the Wabash award (2004), and the Marquis of Lafayette award (2004).

Finally, Jack was a loving husband, father, grandfather, and great-grandfather. He enjoyed traveling with his wife Shirley—including serving as a pharmacy ambassador in Australia, New Zealand, Great Britain, Sweden, and the then-USSR, which included bringing over $5 million of donated medicine to the children of Chernobyl. He spent many hours attending his grandkids’ various sporting events. He loved Purdue basketball and Arni’s pizza.

Jack was preceded in death by his parents; brother, Robert Gerhart; and sister Phyllis Helmerick.

Visitation will be held on Sunday, March 4, 2018 at Soller-Baker Funeral Homes from 12:00 pm to the start of the funeral service at 2:00 pm. He will be buried in Battle Ground Cemetery. In lieu of flowers, memorial contributions may be made in memory of Jack Gerhart to Habitat for Humanity or the charity of your choice.