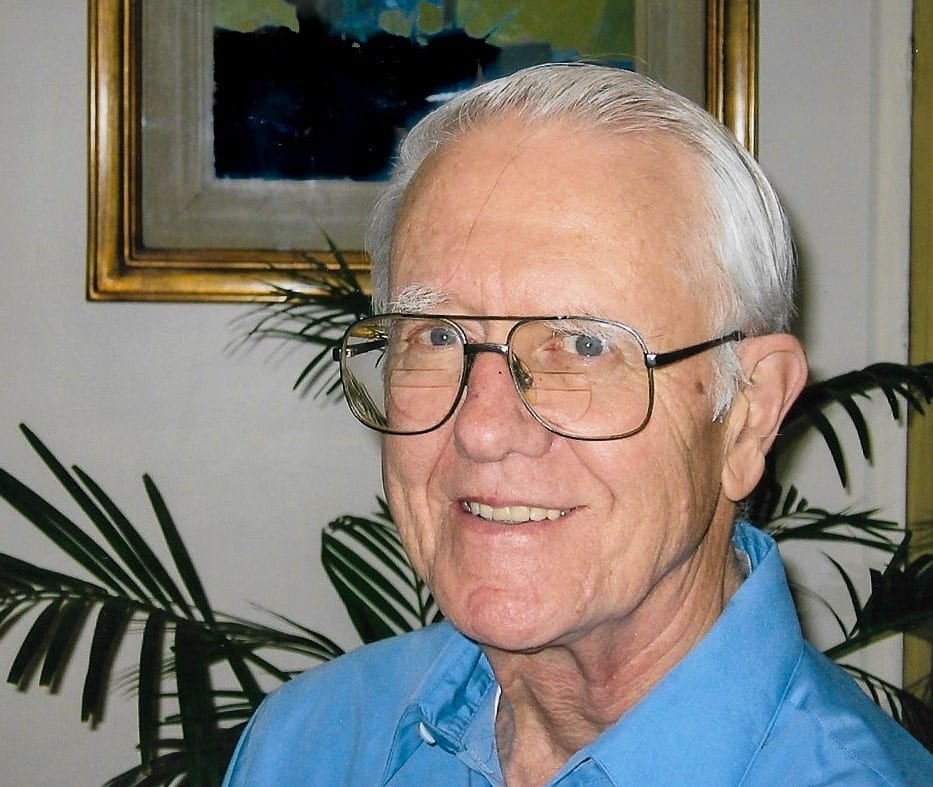 A memorial service will be arranged at a later date. If you would like to be notified of those details, please email WeRememberJohn@gmail.com.

John Allyn Carlson, 87, passed away at Westminster Village in West Lafayette on July 18, 2020, with his loved ones by his side.

He was born on July 4, 1933 in Boston, to Valdemar Carlson and Lillian (Deans) Carlson. He grew up in Yellow Springs, Ohio.

John received a BS in Mathematics from Denison in 1955 and a PhD in Political Economy from Johns Hopkins in 1961. After a post-doctoral appointment at Cornell, he began his 42-year career as an Economics professor at Purdue, serving as the Loeb Professor of Economics from 1989 to 2004. He was major professor to 58 PhD recipients, and many of his students stayed in touch both professionally and personally long after his retirement. He published widely and won numerous awards and grants, including an NSF research grant and the Pew Fellowship in International Affairs.

Giving back to his community was important to him. He was active in the Unitarian Universalist congregation for many years, handling many of the financial roles until the last month of his life. He also served on the board of the Civic Theatre of Greater Lafayette and volunteered for the Crisis Center.

John was happiest when travelling and always looked forward to his next adventure; he visited most of the United States and many countries. He also loved to spend time with his family, especially at a summer home on Manitoulin Island in Ontario. A Purdue sports fan, he regularly attended football and basketball games. He enjoyed ping pong, ballroom dancing, and photography.

He was preceded in death by his wife, Jean Brown Carlson and a sister, Paula Carlson.

He is survived by his lebenspartner, Ingrid Clever, his daughters, Robin (Kevin) Butler, Marjorie (Tracy) Davis, and five grandchildren, Lauren, David, and Karie Butler, and Tyler and Evan Davis.

A memorial service will be arranged at a later date. If you would like to be notified of those details, please email WeRememberJohn@gmail.com. Memorial donations can be made to the Community Foundation of Greater Lafayette or the Unitarian Universalist Church of West Lafayette.

A memorial service will be arranged at a later date. If you would like to be notified of those details, please email WeRememberJohn@gmail.com.