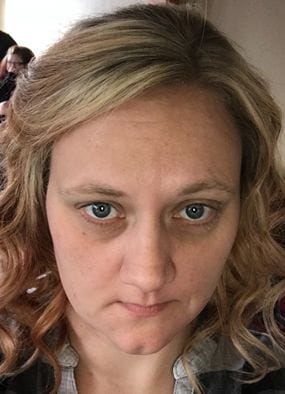 Jessica M. Wolfe, 38, of Lafayette, passed away on Saturday, December 14, 2019 in her home.
She was born July 17, 1981, in San Luis Obispo, CA, to Charles Waddle and Kathleen Stock-Beavers. Jessica grew up in Portland, OR, and moved to Brookston, IN in 1997. She met her soul mate in 1999, and was married to her soul mate David E. Wolfe on August 4, 2001 in Portland, OR. The love they shared and bond they built, will last an eternity and continue to live on within their children and their lives.
Jessica graduated from Frontier High School in May of 1999, followed by Ivy Tech Community College in May of 2011 with an Associates of Applied Science in Human Services. She later worked as a paraprofessional at McCutcheon High School and as an administrative assistant at Lafayette School Corporation. She touched many hearts and lives during this time. She treated and loved all as if they were family.
Surviving are husband, David E. Wolfe, of Lafayette, son, Preston T. Wolfe, of Lafayette, son, Ryan A. Wolfe, of Lafayette, father, Charles Waddle, Portland, OR, mother, Kathy (Bob) Beavers, Portland, OR mother-in-law, Stepanni Wolfe, Lafayette, sister, Megan (Michael) Gorecki, Portland, OR, brother, Eric (Angelica) Waddle, Vancouver, WA, sister, Candice Silva, Portland, OR, sister-in-law, Cathy (John) Faulkner, Lafayette, sister-in-law, Sharon Wolfe, Lafayette, along with several aunts, uncles, nieces, nephews and cousins.
Visitation will be from 12:00 pm to 3:00 pm on Sunday December 22, 2019 at Soller-Baker Funeral Home 400 Twyckenham Blvd. Lafayette.
Memorial Contributions may be taken to any Lafayette or West Lafayette branches of Old National Bank in care of Ryan A. Wolfe’s college fund account.
You may sign the guest book, leave memories and photos at www.soller-baker.com