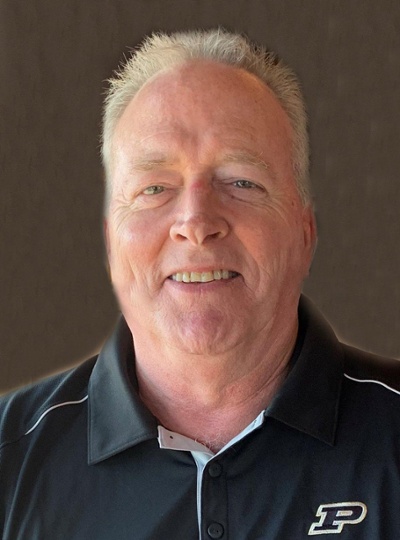 Jerry W. Riegle, 62, of Lafayette, passed away on Thursday, July 25, 2019 at his home.  He was born January 30, 1957, in Lafayette to Patsy Albertson Hainje of Lafayette and the late William “Mousie” Riegle.

Jerry attended Lafayette Jefferson High and graduated from West Lafayette High School in 1975. He had fond memories of being part of his high school basketball team.  Jerry then attended Purdue Univeristy and Arizona State University.   While in college he was off campus student senator and on the Student Council at Purdue.  On June 27, 1986, he married Delores Gregory in Louisville, KY and she survives.  Jerry worked as a Letter Carrier for the US Postal Service for 24 years.

He was a member of the National Association of Letter Carriers, Sons of a Legionnaire, and First Baptist Church of Okahumpka, Fl.  Jerry received the Early School: Breakfast Optimist Citizenship Award,  was the YMCA Sate Billiards Champion, and Lafayette City Champion of Table Tennis. He enjoyed fishing, boating, billiards, table tennis, basketball, football, traveling, and being a Papaw.  Jerry loved the time he spent while living in the Florida Keys.  He was also a passionate Purdue fan who enjoyed rooting on his Boilers.

Jerry was a devoted servant of the Lord, who was willing to share the word of God to anyone that would listen.  In his final months you could hear Jerry quoting Apostle Paul who said, “I am torn between the two: I desire to depart and be with Christ, which is better by far.”

Jerry was known for his smile and infectious personality.  At any single moment of the day, he could be found singing and dancing or filling the room with laughter of stories from his life adventures.

Surviving along with his wife are his daughters Summer Lord of Otterbein, Reanna “Annie” (Travis) Rowe of Evansville, and grandchildren Jakob, Grace, Mikah, Ella, and Bentley.  Also surviving are his brothers James (Kathy) Riegle of Lafayette, Daniel (Lynn) Riegle of Thompson’s Station, TN, and John Riegle of Lafayette. A special thank you to his sister-in-law Susan (Lisa) Fiarito of Lafayette.

Visitation will be from 10:00 am until the time of the service at 12:00 pm on Monday, July 29, 2019 at Soller-Baker Lafayette Chapel, 400 Twyckenham Blvd.  Interment will be at Meadow View Cemetery in Lafayette.   In lieu of flowers memorial contributions may be made to the Mayo Clinic Cancer Center Research in Jerry’s memory.