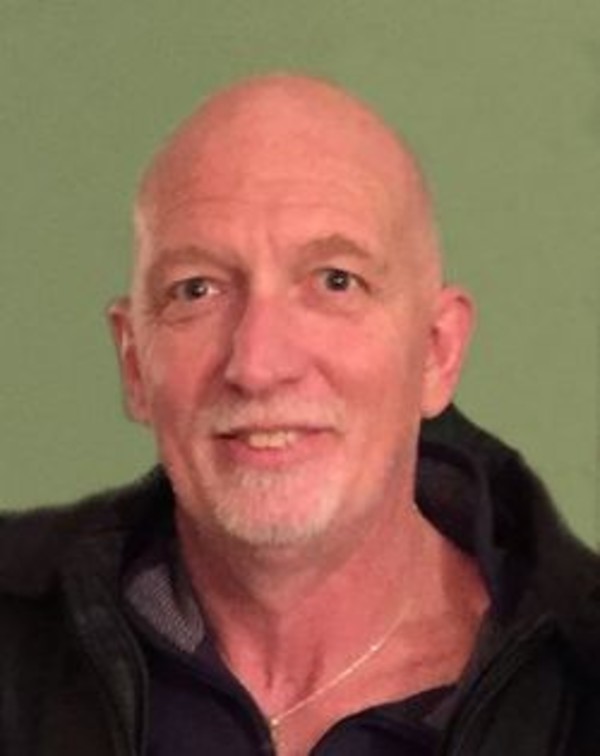 Jeffrey Lynn Weedon, 54, a native of Lafayette, Indiana, joined His Father in Heaven on May 4, 2016 at 4:18 a.m. At the time, he was a patient at St. Francis Hospital in Indianapolis and had been battling Acute Myeloid Leukemia for a few months.  Jeff was born January 3, 1962 to Carolyn S. (Odle) Weedon and Donald R. Weedon of Shadeland. Lafayette, Indiana was home for most of his life, but Jeff also lived in Florida and Arizona. His sisters, Debra Randall (husband Jeff) of Phoenix, AZ and Deidre Chitty (husband Alvin) of West Point, IN will miss sharing laugher and good times with him.  When Jeff wasn’t working at SIA in Lafayette, he spent time watching sports. An avid basketball fan, Jeff cheered on Purdue Men’s Basketball and the Indiana Pacers. Slightly more fickle about his football, as a child he cheered on the Dallas Cowboys, rooted for the Colts (once they moved to Indianapolis), and grew as an adult to support the New Orleans Saints. Though not a great NASCAR fan, he regularly asked, “Where’s Earnhardt Jr?” throughout races. A true sports fanatic, Jeff enjoyed watching basketball, football, and almost ANY sport on television (except, maybe, hockey). Rarely did he sport anything except Purdue wear.  The title he was most proud of was DAD, and cared deeply about both of his children, Ashley Lania Weedon Morris (husband Joe) of Monticello, IN and Desmond Bradley Dexter Weedon of Lafayette. He had just recently started sharing his home with Desmond, and the two were known to place friendly bets against each other on almost any sporting event.  Jeff played as a McCutcheon Maverick in high school and was the 2nd player in school history to “dunk” the ball. He continued to play and “shoot hoops” for all of his life.  In October of 2013, Jeff was involved in a serious car accident and spent five weeks in St. Vincent Hospital ICU Trauma Unit in Indianapolis, three weeks at Seton in Indy, and three weeks at Lafayette Rehabilitation Hospital. He worked very hard to recover the ability to walk again. Many at each of the hospitals would comment about how much of a fighter he was. He was a true Christian and had found his faith many years ago. Following his accident, his enthusiasm and excitement for life astounded many. He was always telling others that he was too grateful to be alive to be worried about the little things. Recently as a patient in the Indiana Blood & Marrow Transplantation Unit at St. Francis Hospital in Indianapolis he constantly commented on the fabulous nurses that provided him with excellent, friendly care. His family will ALWAYS be grateful for their care and consideration during his stay there.  Don’t remember Jeff with sadness, but instead remember his love for life and drink a Budweiser in memory of him!  Visitation will be from 5:00 – 8:00 pm on Friday, May 6th at Soller-Baker Lafayette Chapel and again from 10:00 am until the time of the Service at 11:00 am on Saturday, May 7th at Soller-Baker Lafayette Chapel with Rev. Greg Eberhard officiating.Donations may be made in memory of Jeff to the Leukemia and Lymphoma Society, Indiana Chapter at https://donate.lls.org/lls/donate or at Soller Baker Funeral Home.