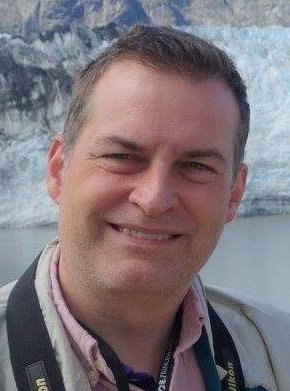 Jeffrey Alan Griggs, 57, of Lafayette, passed away on Sunday, January 19, 2020 at his residence.
He was born October 7, 1962, in Evansville, to the late David and Betty (Habaerberger) Griggs.
Jeff graduated from F.J. Reitz High School in 1981 and the University of Evansville in 1985.
He was a veteran of the Air Force serving during Desert Storm.
On October 14, 1989, he married Rosanne (Sill) Hewitt at Scott Air Force Base and she survives.
Jeff retired from Banking.
He was a member of Faith Church serving as Deacon from 2015-2018, as well as several other ministries within the church including the choir, Community Centers and Meals for the Homeless.
Jeff enjoyed photography, traveling and hiking.
Surviving along with his wife are two sons, David (Helene) Hewitt of Indianapolis and Mark Hewitt of Champaign, IL, as well as five grandchildren, Rose, Brook, Benjamin, Joshua and Josiah Hewitt.
Jeffrey was preceded in death by his parents and a brother, David Andrew Griggs.
Visitation will be from 2:00 pm until the time of the service at 3:00 pm on Saturday, January 25, 2020 at Faith Church, 5526 State Rd 26 East Lafayette, with Pastor’s Aaron Birk, Joshua Greiner and Stefan Nitzschke officiating. Interment will be at Danville National Cemetery, on Monday, January 27, 2020 in Danville, IL.
Memorial Contributions may be made in Jeff’s name to the Faith Church Foundation.