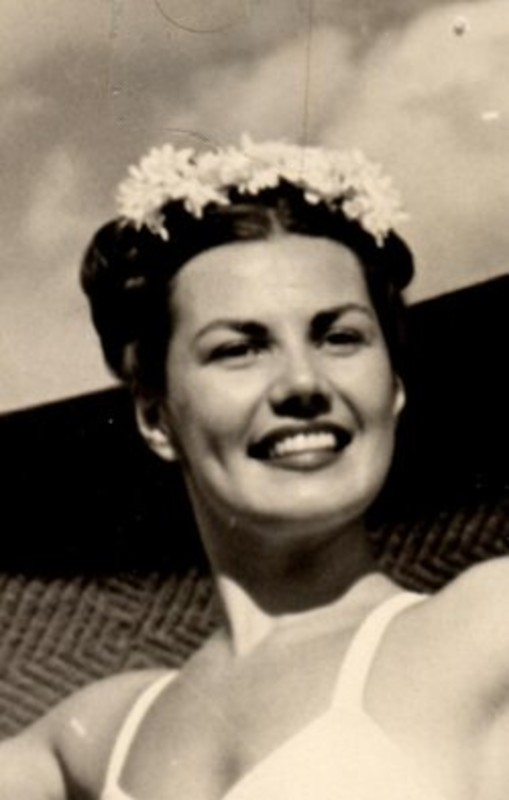 Jeanne graduated from Morgan Park High School. During that time, she represented the Lake Shore Club in Water Ballet and swimming. She and her sister, Lillian, were National Duo Water Ballet Champions two years in a row.

Jeanne attended Northwestern University for one year, where she became a member of the Kappa Kappa Gamma Fraternity. She was then recruited to Purdue University and their Swim Team Coach, Richard Papenguth. Jeanne earned her Bachelor of Science Degree and holds the honor of first female swimmer at Purdue.

During Jeanne’s time at Purdue, she held 10 American Records and was elected to the All-American Swim Team four years in a row, in all breaststroke events and medley relays. She went on to win the United States Olympic trials in Detroit, MI and then on to represent the United States in the 1948 Olympics in London, England.

Jeanne was voted “Best Looking Athlete” in the 1948 Olympics. She was also elected the Purdue Year Book (Debris) Queen. The Associate Press announced, “Beautiful Mermaid Marries” when she married Lafayette native, Jack N. Vaughan, whom she met at the Lafayette Country Club where she was a lifeguard during college.  As a model, she appeared in Life Magazine, Colliers, Esquire, Photography, and others.  Jeanne was voted Mrs. Indiana in 1953.

Jeanne enjoyed boating, waterskiing, and entertaining on Lake Freeman. She played golf, and was on a bowling league, even bowling a perfect game. Her greatest enjoyment came from watching her children, grandchildren, and their friends play sports.

Visitation will be from 9:30 am until the time of the Mass of Christian Burial at 10:30 am on Saturday at St. Mary Cathedral, 1207 Columbia Street, Lafayette. Interment will be at St. Mary Cemetery.