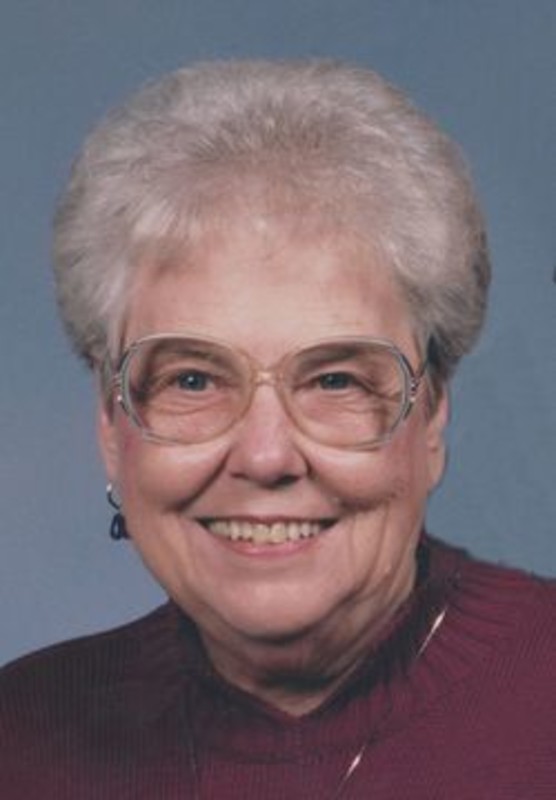 Jean W. Martin, 90, died at 5:30 a.m. Monday, November 25th at Jefferson Manor, Louisville KY. Born April 12, 1923 in Montmorenci, she married Marvin L. Martin of Lebanon on June 23, 1951. He preceded her in death on November 7, 1997. Mrs. Martin retired from Herregan Distributing, Chicago, in August 1993 and worked for Denny's Pharmacy in Otterbein after returning to her beloved Indiana. She resided in Otterbein until moving to Louisville KY in 2005. She was a member of St. John Lutheran Church, Louisville KY and Faith Lutheran Church, Otterbein IN, and a member of the Eastern Star Beulah Chapter, Otterbein, for 50 years. She was dedicated to her children, grandchild, great grandchild, and family. Surviving her are two sons, Joseph A. Martin of California and Ronald M. Martin of Kentucky; daughter, Gloria J. Wynn of Kentucky, and a brother Joe Gear of Montmorenci, IN. Visitation will be from 11:00 am until the time of the Eastern Star service at 12:45 pm, funeral services to start at 1:00 pm on Saturday, November 30, 2013 at Soller-Baker West Lafayette Chapel 1184 Sagamore Parkway W. West Lafayette, IN 47906 with Pastor Ed Morrow officiating. Burial will follow at Montmorenci Cemetery