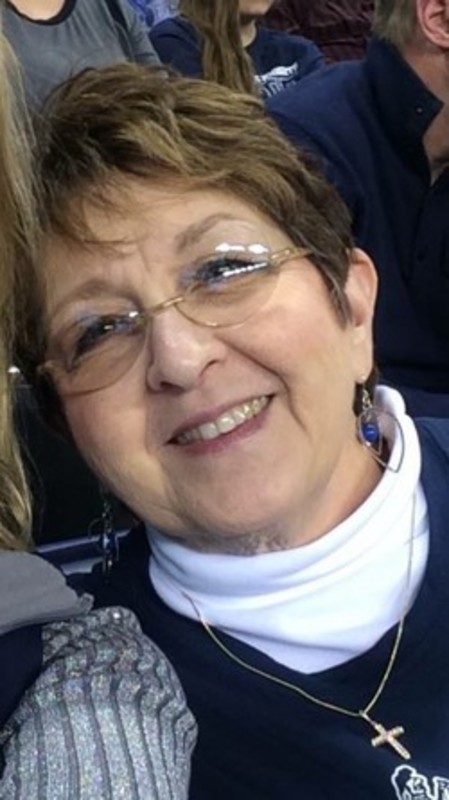 Janet Merkel Hession, 72, Passed away on November 28, 2018, at home with her family.  She was born Oct. 18, 1946, In Lafayette, IN to Alfred and Vera Barnaby Merkel.     She attended St. James Lutheran grade school and graduated from Jefferson HS in 1964.  She married her high school sweetheart, Edward B. Hession on January 2, 1965.     In 1973, Janet helped her husband open their own local appliance Maytag Dealership.  They continued to work side by side at their business, now called “Ed’s Deal” for over 45 years until her illness prevented her from doing so earlier this year.

Janet was a member of the Lutheran church since her birth and was actively involved in Altar Guild, St. James School Auction Committee, and was a Stephan Minister.   Her Christian faith and family were the center of her life.   She was a member of Grace Lutheran Church, in Lafayette, IN.

Janet’s interests were sewing, cross stitch, and cooking.  She loved to entertain and was best known by friends and family for her gourmet meals.

Janet is survived by her husband, Edward Hession, her two children, Jennifer Hession O’Shea (husband, Kevin) of Carmel, IN and Blaine Hession (Noblesville, IN).   Janet has two surviving siblings:  Lois (Merkel) Zuercher (Husband Carl) of New Haven, In and Charles Merkel (Wife Lynne) of Whittier California.   She was preceded in death by sisters Betty Merkel Beecher and Marilyn Merkel Hanneman.

Friends may call from 4:00 pm until 7:00 pm on Sunday, December 2, 2018 at Soller-Baker Lafayette Chapel at 400 Twyckenham Blvd, Lafayette, IN. Funeral Services will be held at 10:30 am on Monday, December 3, 2018 at Grace Lutheran Church, Lafayette, IN with Pastor Daniel Eggold officiating. Burial will follow at Meadowview Cemetery.

Those wishing may contribute in Janet’s name to either, Matrix Life Center, Grace Lutheran Church or American Cancer Society.