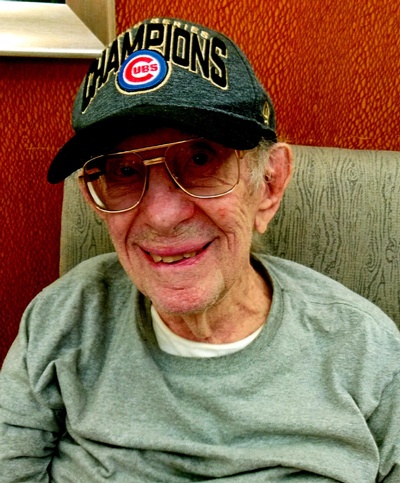 Jim was born March 30, 1926, in Lafayette, Indiana to the late William and Imogene (Frazier) Anderson.  He was proceeded in death by his siblings Irma Strawsma and Richard Anderson.

Jim received his High School Diploma from Lafayette Jefferson High School in 1944.  While he was in high school, he lettered in Football, Basketball, Baseball, and Track. Athletics would continue to be a part of his life.

Jim was a World War II veteran and served in the Navy Pacific Fleet from 1944-1946.  During this time, he became pen pals with Pauline Keith who lived in Lafayette, In. They were married on May 4, 1947 at Ambia Methodist Church.  They had a love that transcended time as they were married for over 70 years. Pauline proceeded him in death on February 12, 2018, so again they are together for all eternity.

After returning from World War II, he attended Indiana Business College where he received a degree in Business Accounting. He also took classes at Purdue University and LaSalle University.  He worked at Purdue University for 20 years as an accountant for admissions and student finance.  He was a Field Supervisor for The Indiana State Board of Accounts for 14 years. He was also one of the original investors/owners of Arrowhead Bowl in Lafayette.

The most importatnt thing to Jim was his family.  He enjoyed spending time laughing and joking with his children, grandchildren, and great grandchildren.  He and Pauline had three children, Paula (William) Conner, David Anderson, and Stephen (Betty) Anderson. They remember their dad as devoted to his family.  He had 6 grandchildren, whom he was very proud: Susanne (Keith) Baughman, Andrew  Conner, Joyanne (Larry) McKinney, Marianne (Scott) Rouse, Jessica (Justin) Maxson, and Aaron Anderson. The people who brought the biggest smile to his face was his great grandchildren: Christian McKinney, Ashlea Baughman, Nathan McKinney, Sara Rouse, Cortni Baughman, William Lloyd, Elizabeth McKinney, Chase Maxson, Isaiah Conner, and Reid Maxson.  Their greatest memory of Great Papa was him playing and joking around with them and going to the Colt World Series games.

Visitation will be from 1:00 pm until the time of the service at 3:00 pm on Thursday, April 11, 2019, at Soller-Baker Lafayette Chapel, 400 Twyckenham Blvd., Rev. Dr. Rachel Metheny officiating.  Entombment will be at Rest Haven Memorial Park in Lafayette.