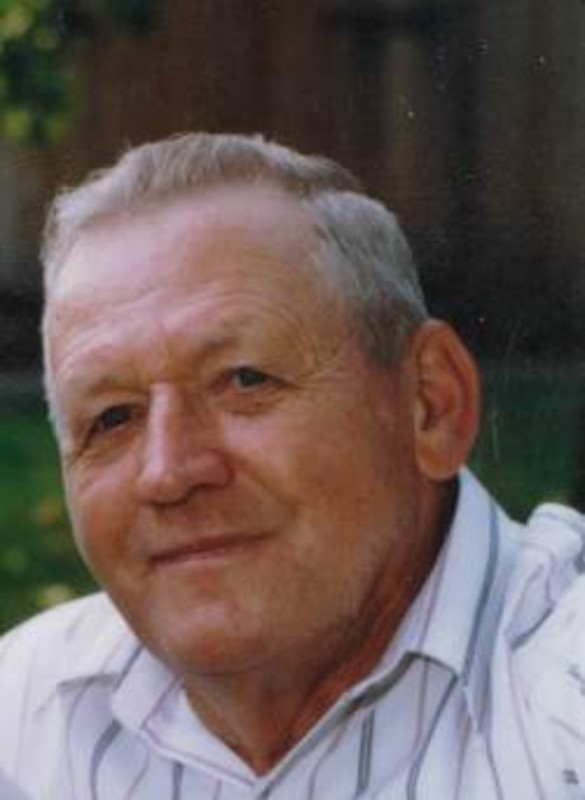 James L. Whitlock, 85, of Dayton passed away Wednesday, May 14, 2014 at his residence. He was born December 13, 1928, in Dayton to the late Ben and Effie Hood Whitlock. On December 24, 1949 he married Mae Robinson in Lafayette and she preceded him in death on December 19, 2011. Jim served in the United States Army from February 1, 1952 to January 15, 1954. Jim and Mae were former owners of the Dayton Grocery. Jim worked for Lafayette Bottled Gas and is retired. He formerly had worked for the Brown Rubber. He was a member of the Memorial Presbyterian Church in Dayton and served as Trustee. Jim had been on the Sheffield Township Fire Department and was also a member of the American Legion Post #11. He enjoyed fishing, Chicago Cubs baseball and spending time with his family and friends. Surviving are his daughters Susan Gibson (Bruce) of Dayton, Deborah Watkins (Max) of Lafayette, Sally Maroska (Greg) of Attica, Sharon Wills (Jim) of Yorktown, grandchildren James Gibson, Nicholas Watkins, Adam Gibson, Landon Maroska, Alyssa Maroska, Bryce Millikan, Conner Millikan, step grandchildren Alaina, Amanda, Jacob Wills and great grandchildren Jameson Gibson, Makenzie and Lillian Gibson and Brooklyn Watkins. Also surviving is his sister Annie K. Harper of Mt. Kisco, NY. Jim was preceded in death by sisters Lola May Dixon and Maxine Weflen. Visitation will be 5-8 PM Friday at Soller-Baker Lafayette Chapel, 400 Twyckenham Blvd. Funeral service will be 11:00 AM Saturday at Soller-Baker Lafayette Chapel, Rev. Dr. Justin Schlesinger-Devlin officiating. Burial will be at Wyandotte Cemetery. Those wishing may contribute in Jim's memory to the Memorial Presbyterian Church in Dayton, IN.