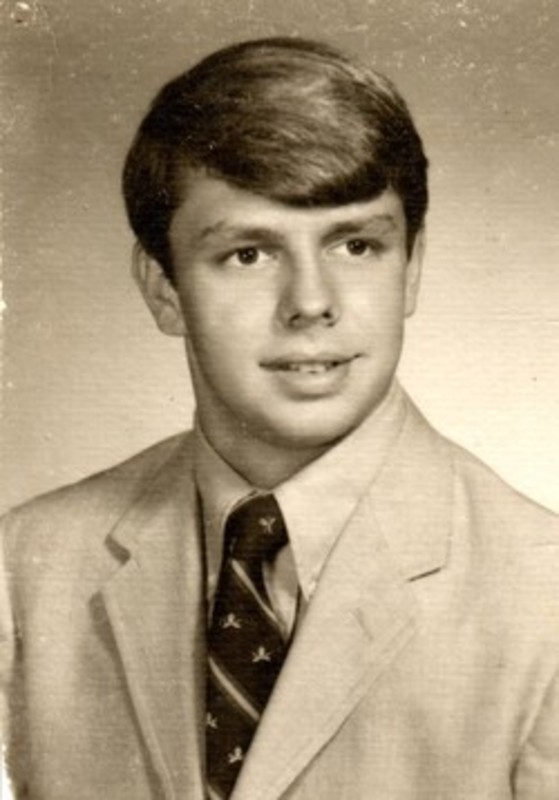 JAMES LAURENCE (JIMMY) McADAMS, 64, of Lafayette, IN, (OCTOBER 8, 1952 – April 1, 2017) only son of the (late) James H. and Lavinia Laurence McAdams and formerly of Pauls Valley, OK died peacefully Saturday, April 1st at his home in Lafayette, Indiana. Jim’s son, Ian, his wife, Mary, and his dog, Bobo were with him.

After 1976, Jim worked in many jobs in the fields of energy, engineering and finance.  On September 27, 1980, he married Mary Margaret Branicky of Buffalo, New York.  They were married at St. Mary’s Catholic Church in Tulsa, Oklahoma.

On July 13, 1990, a baby boy was born to them at Pauls Valley General Hospital. Their son was named Ian Richard McAdams and he was baptized at St. Catherine of Siena Catholic Church in Pauls Valley.  Ian has graduated from Purdue University with a B.S. in Mechanical Engineering Technology in May 2015.  Ian is now continuing work for his M.S. degree in Technology at Purdue.

With an M.S. from the University of Oklahoma and a B.S. from Oklahoma Baptist University, Jim decided to go back to school.  In 1990, he received a B.S. in Physics with Honors from East Central State University in Ada, Oklahoma.

Jim received from Dr. Bruce Weems, Dean, Chairman of the Department of Physics, the Brown L. Mackin Physics Award. During that time, Jim also completed a research project with the internationally known Professor F. Curtis Michel at Rice University in Houston, Texas. Dr. Michel earned both his B.S. and Ph.D. from the California Institute of Technology and was also a NASA astronaut for five years.

In 1994 Jim received a fellowship from Purdue University to work for his Ph.D. In physics under Professor Albert Overhauser, who had just received the National Medal of Science in Physics from President Clinton during a ceremony at the White House.  Professor Overhauser, was temporarily a student of Professor J. Robert Oppenheimer at the University of California at Berkeley, where he received his Ph.D. in 1951.

Jim was still working on their research but fighting obesity, asthma and subsequently pneumonia. Subsequently, he elected to receive his M.S. in physics from Purdue during January 2001 and postpone his Ph.D. work.

During 2003, he started developing an essentially untreatable form of arthritis. During 2012, he had become house bound with excruciating pain.  Later, he was bed bound.  Since late 2012, he has never walked.  Jim’s knee and hip joints were gone.  Also, asthma, with yearly bouts of pneumonia sent him to the hospital 3 times during the next 3 years.  Jim had stacks of physics and math books and science articles by his bed.  His focus now was on dark matter, dark energy and the accelerating universe.  Sometimes, he worked for hours at a time reading and calculating. Though he was in and out of horrible pain and had difficulty breathing even with steroids, Jim was still determined to get his Ph.D. in physics: possibly from Purdue University, University of Chicago, University of Michigan or Princeton. He is survived by his wife, Mary and his son, Ian.

Jim had been a devoted Catholic for 41 years.  There will be visitation on Wednesday April 5th, 2017 from 9:00 to 10:30 am at St. Mary’s Cathedral followed by mass of Christian burial at St. Mary’s Cathedral of the Immaculate Conception in Lafayette, IN (all are welcome). Requiescat in Pace our warrior, scholar, husband, and father from Mary, Ian and Bobo (the dog). Memorial contributions in lieu of flowers may be made to St. Mary Cathedral or charity of donor’s choice.