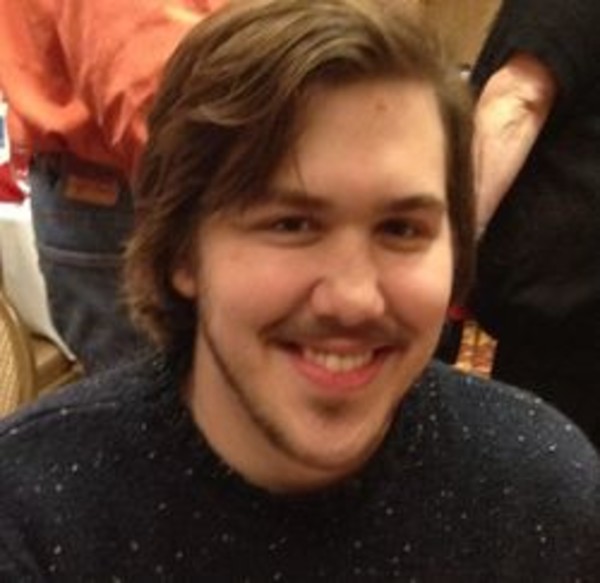 James H. Hoffman Jr., 21, of Lafayette died Monday June 12, 2017 in Hopkinsville, KY,  from injuries sustained in an automobile accident.  He was born January 26, 1996 in Lafayette to James H. and Kimberly J McCauley Hoffman of Lafayette.

James graduated from Lafayette Jefferson High School in 2014 and would have been a Senior at Indiana University this fall.  He had been working at Jimmy Johns in Bloomington where he had just been promoted to Supervisor.

James was a DJ and radio host for WJEF while attending Jefferson High School and WIUX at Indiana University.  He was a talented artist, musician and filmmaker.  Surviving with his parents is his sister Emily N. Hoffman of Bloomington, grandparents Diane and Ralph Achgill, Ray and Mary Kay McCauley of Indianapolis, Marge Depoy of Monticello, Dave and Marilyn Hoffman of Veedersburg.  Also surviving are uncles and aunts Gary and Tyna McCauley, Christy and Tom Mack, Amy McCauley, David and Mary Hoffman, Mike and Angela Hoffman, Julie and Jon McCoy, many cousins and his dog Missy.

Visitation will be from 1:00 pm until the time of the service at 2:00 pm on Sunday at Soller-Baker Lafayette Chapel, 400 Twyckenham Blvd., Pastor Justin Devlin-Schlesinger officiating.