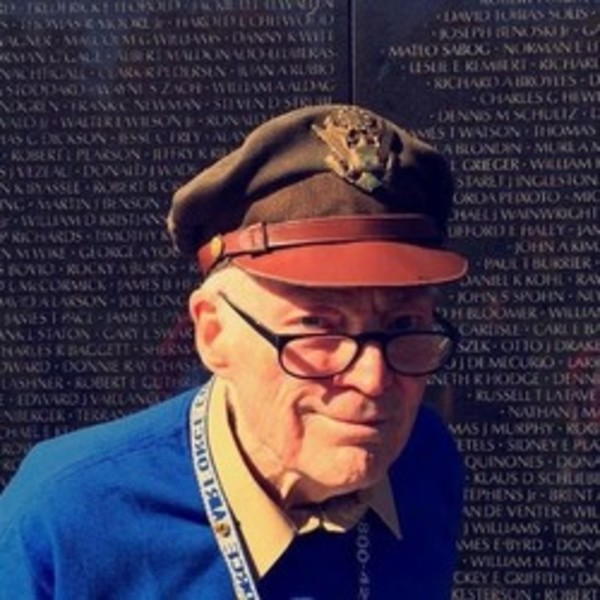 James Flinn Blakesley, 91, of West Lafayette, who devoted his life to family, faith, country and Purdue University, its faculty and students and introduced computers to class scheduling, passed away at 10 p.m. Friday, March 4, 2016 at Westminster Health Care.
A member of the “Greatest Generation” who believed its accomplishments could inspire people of today to fulfill their dreams, he arrived at Purdue after service as a pilot in World War II, graduating in 1950 with a degree in mechanical engineering. (Later on he received MS in Industrial Engineering)
After graduation President Frederick Hovde immediately hired Jim to determine the university’s current and future space needs and to serve as executive secretary of a committee in charge of class scheduling – at the time an all-day process. Under his leadership Purdue ultimately became the first university in the nation to computerize class scheduling, vastly improving, speeding and easing the process.
At the recommendation of President Steven Beering, when Jim retired in 1999 the Purdue Board of Trustees named him Director of Space Management and Academic Scheduling Emeritus.
Beering credited Jim with building Purdue’s Space Management and Academic Scheduling office into one of the best in the nation, decades ahead of other universities in using computers not only for class scheduling but also in the assignment of space for classrooms, research laboratories, and office functions.
President of the Purdue Alumni Class of 1950, Jim played key roles in fundraising and building the Class of 1950 Lecture Hall on campus, creation of the Class of 1950 Sculpture displayed in the building and publication of the book A Force for Change: The Class of 1950. He continued to work on improvements to the Lecture Hall after retirement, helping people to understand the history of Purdue and the unique trials and contributions of his generation.
He was born at home on August 4, 1924, in the Watts section of Los Angeles, CA to James and Ruth Webb Blakesley.
His family, like others, soon faced the hardships of the Great Depression and while Jim focused on education, he also went to work with his father at a gas station and later as an assistant manager at a movie theater.
It was at that theater that he met his future wife, Rosemary Zufall who was a ticket-taker. They married May 28, 1944 and she survives.
Upon turning 18 in 1942, Jim enlisted in the Army Air Corps and became what he termed “a flyboy,” beginning a long-long love of airplanes. At 19 years of age he was the pilot and commander of a B-24 and its crew of nine. At 21 he commanded a 1,000-man military base that was being deactivated. While unusual today, giving young people so much responsibility was common for that era.
“They didn’t tell us we couldn’t do things back then,” Jim said. “If people don’t know what their limits are they go ahead and do what they’re told. We were told to serve our country and do the job we were trained to do. Our generation was trained to explore impossible dreams and to succeed.”
Discharged from the Army in the summer of 1947, he arrived at Purdue as a 23-year-old freshman with a wife and two daughters.
Jim loved to tell generations of today about the impact of the GI Bill on our nation as well as stories about life at Purdue during the post war period: A campus with a 7,000-student capacity and an enrollment of 14,000; married students living in temporary wooden housing with spaces between the floor boards and wind blowing so hard through cracks in the walls that fringe on throw rugs stood straight up. Many single men lived in the attics of classroom buildings or abandoned factories in Lafayette. Some lived for a time in their cars. Classrooms were so crowded some students sat on windowsills during lectures.
A plaque in the Class of 1950 Lecture Hall honors him, his love of airplanes and his impact on Purdue space management with the title: “Flyboy and Space Man.”
After graduation Jim, Rosemary and eventually four daughters lived in the center of campus at 506 Waldron Street where for decades they enjoyed being at the heart of university life, surrounded by students, which included some of their grandchildren.
Jim was a member of St. Thomas Aquinas, Blessed Sacrament and St. Boniface. In 1963 he was the “prime mover” for establishing the Purdue Staff Aero Club.
Surviving with his wife, Rosemary are four daughters, Sue Ann Blake of Lafayette, Roseanne Rehn of West Lafayette, Carole Jean Smith (husband George) of Davie, FL and Nancy Colleen Hannibal of New Orleans, LA; a brother, Jack Blakesley (wife Dorothy) of Pasadena, CA; along with five grandchildren Tracy Ann Henderson, Trista Sutter (husband Ryan), Kathy Carroll, Mandy Chandler (husband Roger), and Courtney Blake Hannibal; and six great grandchildren, Chelsea Henderson, Max Sutter, Blakesley Sutter, Marissa Carroll, Kira Chandler, and Kylee Chandler.
Jim was preceded in death by a grandson, Dean Blake Leffert.
Visitation will be at St. Thomas Aquinas from 10 a.m. on Thursday March 10th until the time of the Funeral Mass at 11 a.m.
Memorial contributions can be made to Greater Lafayette Honor Flight at Lafayette Gold Star Mothers, PO Box 275, Lafayette, IN 47902-0275 or http://www.greaterlafayettehonorflight.org