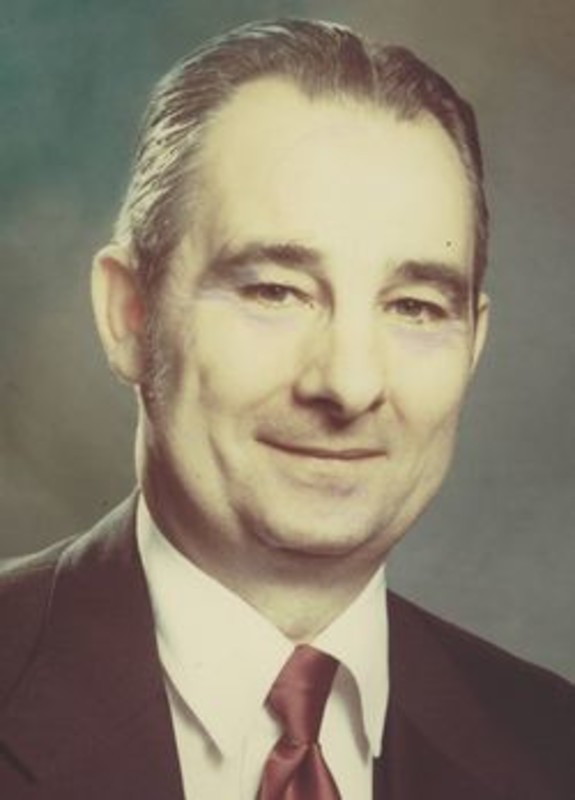 James Edward Slaven Sr, 87, of Lafayette passed away at 1:35 am on Thursday, September 22 at St. Elizabeth East. He was born July 18, 1929 in Terre Haute to the late William C. and Frances M. (Wilson) Slaven.
His marriage was to Murietta Louise Freeman on January 24, 1954 in Ridge Farm, IL and she survives.
He graduated from Indiana State Laboratory High School in Terre Haute in 1947, while in high school James started working for Kroger as a stock boy, then moved to relief manager in Indiana and Illinois. In 1954 he got his first store in Danville, IL then later that year moved to the Kroger on the levee in West Lafayette. In 1957 he opened the Jefferson Square store staying until 1980 and from 1980 until his retirement in 1989 he was with the US 231 and Kokomo stores and finished his career retiring after 42 and a half years at the Monticello store.
James was a member of the Shrine Club, Scottish Rite where he was a 32nd degree and a fifty-year member of Shawnee #129 Masonic Lodge. He was a Past Patron of Shawnee #523 Order of Eastern Star.
James loved spending time with his family and enjoyed fishing, hunting, playing golf, attending auctions and watching birds.
James proudly served in the United States Army from 1955 until 1957.
Surviving along with his wife of sixty-two years are their children, Frank Slaven of Terre Haute, Toni Kohlmeyer (Tony) of Francisco, Robin Devreese of Lafayette, Jim Slaven Jr (fiancée Shelly Tucker) of Lafayette and Steve Slaven (Lisa) of Shipshewana; Two brothers, Robert Slavens of LaGrange and William Slaven (Eddie) of Tampa, FL. Also surviving are fourteen grandchildren, Josh, Justin, Blane, Margaux, Heath, Hillary, Elizabeth, Jared, Molly, Grace, Mitchell, Mason, Trent and Kyle as well as nine great grandchildren, Michael, Mallory, River, Astrid, Amelia, Kail, Grayson, Kinze and Lincoln.
He was preceded in death by a brother, Quince Slaven and two sisters, Marilyn Schaffer and Joyce Ridge.
Visitation will be from 5:00 until 8:00 pm on Sunday, September 25, 2016 at Soller-Baker Lafayette Chapel with a Masonic Shawnee Lodge #129 service at 7:30 pm. The funeral Service will be held on Monday, September 26 at 2:00 pm also at Soller-Baker Lafayette Chapel 400 Twyckenham Blvd Lafayette, IN 47909 with Rev Brian Cook officiating. Entombment will follow the service at Tippecanoe Memory Gardens Mausoleum with American Legion Post #11 and US Army military rights.
Those wishing may contribute in James’ name to the Shriners Hospitals for Children at 2900 Rocky Point Dr. Tampa, FL 33607