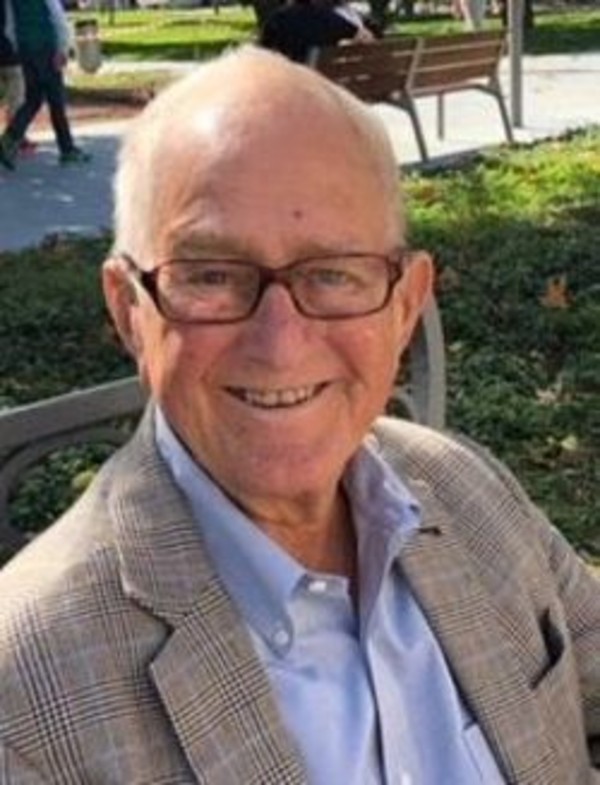 James Creighton Shook, 87, of Lafayette, passed away Friday, November 16, 2018, at home with his family. He was born on May 19, 1931, to Charles Wheeler Shook and Jane Creighton Peffer Shook.   Jim graduated from West Lafayette HS, and Indiana University (’52). At IU, he was amember of Delta Tau Delta Fraternity.  He joined the US Airforce in 1952, serving in Germany at Frankfort Rhine-Mein AFB as a lieutenant assisting with post-war restoration.  After the service, Jim joined his father and brother, Wesley, in their family business, The Shook Agency in Lafayette in 1954.

Greater Lafayette, Indiana, and Tippecanoe County had no bigger fan than Jim Shook.  He was involved in every conceivable organization supporting the growth, development and advancement of the community. He left a leader’s mark on many an organization such as Railroad Relocation, Greater Lafayette Progress, United Way, to name a few. For his efforts over the years, he was recognized as a Sagamore of the Wabash, Marquis de Lafayette and a Good Scout (BSA).

Jim also served the community and the state in many capacities including the Indiana Real Estate Commission, Lafayette Home Hospital, State Chamber of Commerce Exec Committee, Greater Lafayette Community Foundation, Lafayette Museum of Art, Lafayette Union Railway and the Advisory Board of the Krannert School of Management.

He was an avid reader, enjoyed golf, his home on Glen Lake and from childhood developed a love for the automobile, several of which he collected and restored later in life. But, it was his time spent as a mentor, advisor, husband, parent, grandparent and great grandparent that was of most importance to Jim.

For all, there will be a memorial service and celebration for Jim from 4pm to 7pm on Friday, November 23, 2018, at the Lafayette Country Club with remarks to begin at 5:15pm. In lieu of flowers, donations may be made to The Lafayette Community Foundation, 300 Main Street, Lafayette, IN 47901.