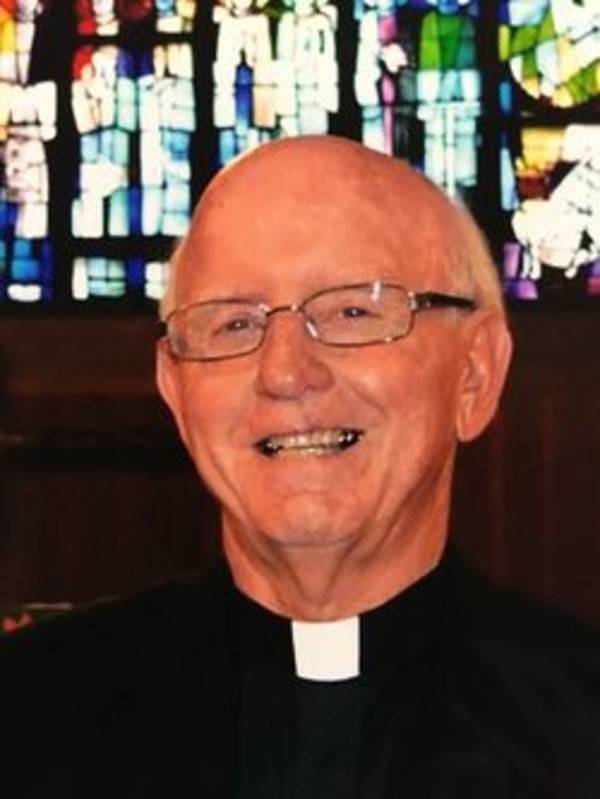 The Reverend Doctor Jacob Hoffman, 80, went to be with our Savior on November 18, 2017. A Lutheran pastor in Lafayette for over 45 years, he was born in Jasper IN on October 21, 1937 the younger of identical twins. Raised on a farm in Dubois County, he was a 4-H participant raising hogs and cattle when not helping out with chores, playing high school tuba with his twin Bill or singing in the church choir. It was farming that brought him to Purdue to study agriculture. It was singing in the church choir where he met the love of his life, Helen Francis. They were married on June 5th, 1960 at Holy Trinity Lutheran Church in Lafayette.

It was while at Purdue he felt called to the seminary and attended Trinity Lutheran in Columbus OH until his ordination on June 23, 1963. He served a word and sacrament based ministry in parishes in Carthage/Augusta IL, Oak Lawn IL returning to Holy Trinity in Lafayette from 1971 – 2002. He received his Doctorate from Christian Theological Seminary in June of 1980. He was called as Pastor Emeritus at Holy Trinity in 2009 and preached his final sermon there on October 22, 2017 in celebration of the 500th Anniversary of Martin Luther’s Reformation, a day after turning 80.

Active in the community, his interests were always to serve and help people. A lifelong ministry to care for the human condition, he focused on local needs. He was an active member of the Indiana/Kentucky Synod of the Evangelical Lutheran Church in America, a member of the Lafayette Leadership Academy, a long-ago member of the Lafayette Salvation Army Board – he was until recently an annual Bell Ringer at Christmas. In 1987, he was the first Court Appointed Special Advocate (CASA) in Tippecanoe County – his focus on children. He was also the Chaplain of the Lafayette Fire Department for many years after his retirement, a proud brother in Delta Sigma Phi Fraternity at Purdue, and felt the call to serve as the Community Spiritual Director of the Great Banquet in Lafayette. As past president of the Lafayette Kiwanis, he enjoyed giving Happy Dollars to share his grandchildren’s successes.

He enjoyed family greatly, reading a wide variety of topics, and good Bourbon. He learned to enjoy travel as he and Helen explored Europe, the Holy Land, and other international destinations together. And he was challenged by golf, hitting a hole in one on Ackerman #6 on August 21, 1977 witness by his son Doug. He played his final round in the fall of 2016 with his grandson, Michael.

He is survived by his loving wife of 57 years Helen (Francis), his children Patricia (John) Murakami of Chicago and Douglas (Michelle) Hoffman of Bloomington IN, four lovely granddaughters, Rachel, Sarah and Sophia Hoffman, Hanna Murakami and his “favorite grandson” Michael Murakami. His siblings are William (Jean) Hoffman, Daniel (Erlene) Hoffman, Helen (Robert) Shearer, all of Jasper IN and Timothy (Katharine) Hoffman of VA, sister-in-law Sharon (Lester) Francis of Pine Village as well as 11 nieces and nephews.

He was preceded in death by his parents, Alfred and Marie Hoffman, his in-laws Lester and Dorothy Francis Sr, his brother-in-law Lester Francis Jr and his youngest child, Jeffrey Alan Hoffman.

Know that Jacob died in the sure and certain hope of the resurrection to eternal live through our Lord Jesus Christ. He is now free of the pain that cancer had brought him.

Visitation will be from 4:00 pm to 9:00 pm Tuesday at Holy Trinity Lutheran Church, 1005 N 21st Street, Lafayette.  Visitation will be from 10:00 AM until the time of the service at 11:00 am on Wednesday at Holy Trinity Lutheran Church, Bishop William Gafkjen will be preaching and Pastor David Doane will be presiding.  Interment will be on Friday at St. John Cemetery in Otwell, IN.  In Lieu of flowers, please consider donating to Lutheran Urban Ministry of Greater Lafayette (LUM), WBAA or the Kiwanis Scholarship Fund.