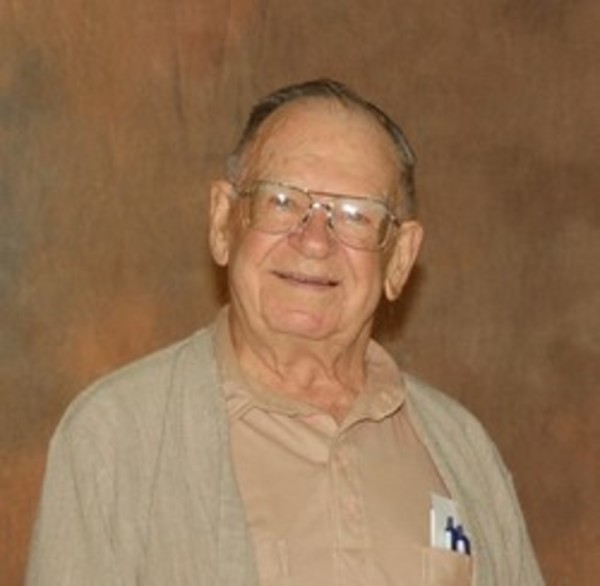 Jackson McChesney Viol's rich life spanned a remarkable 100 years. Born in Chicago, on May 13 1914, between the dedication of Wrigley Field and the beginning of World War 1, Jack' split his childhood between schooling in New Jersey and memorable summers on the family's Tippecanoe County farm; now the site of Ivy Tech College. After graduating Phi Beta Kappa from Duke University in 1935 and receiving an MBA from Harvard, Jack settled into a career as a corporate CPA and chief financial officer for numerous companies across the Eastern and Midwestern United States. Jack married three times, the first marriage ending in divorce and the following two ending in death. While married to Ruth Marian Viol, Jack came to a saving knowledge of Jesus Christ and strove to honor His Lord for the remaining 60 years of his life. In 1974, Jack and Fern Viol moved to Lafayette to care for Jack's aging family. In turn, he showed his love and devotion for Fern by nursing her through a dozen years of dementia and Alzheimer's until her death in 1986. Jack was the proud parent of two children, Douglas (deceased) and Virginia, and cared deeply about his two grandsons and two great-grandchildren. Jack also extended his love to a step-daughter, Patricia Harrelson and her extended family. Jack's later years were occupied by his great lady friend, Dorothy Barnett, who lived until the age of 96. Jack was an active member of Faith Church for 40 years and assisted in various finance committees, service groups and Adult Bible Fellowships. He was a regular part of Faith's Caleb's Kin seniors group until his advancing age began to slow him down. Over the years, Jack also used his financial acumen to advise dozens of families and individuals in sound money management. Jack died on July 27, 2014. He will be fondly remembered by the many people he directly and indirectly impacted for the cause of Christ. A memorial celebration will be held at Faith Church, 5526 SR 26 East, Lafayette, on Thursday, July 31, beginning at 4 pm and concluding at 5pm. In lieu of flowers, you are invited to make a gift in Jack's memory to Faith Christian School, at the above address.