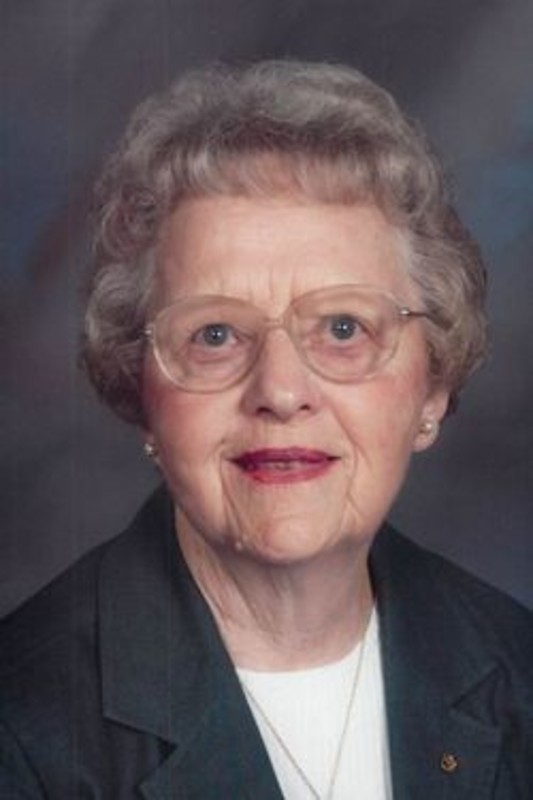 Irene Temple Bolin was born on July 20, 1927 in Glendive, Montana, to the late Carl and Agnes Temple. She graduated with honors from Dawson County High School in Glendive, Montana and attended the University of Minnesota where she completed a degree from the School of Nursing. In 1948, she married Robert Cornwall Bolin. Irene and Robert moved from St. Paul, Minnesota to Lafayette, Indiana in 1954, and then to West Lafayette in 1957. Irene was a devoted mother to her four sons, participating in their many activities. She was a Den Mother for Cub Scouts four times, a member of the West Lafayette High School Red Devil’s Mothers’ Club, and was a West Lafayette High School Football, Track, and Stage Band Mother.

Irene’s passion was volunteer service work in the community. She was active in several organizations in the Lafayette area including Psi Iota Xi, the Home Hospital Board, and the Home Hospital Auxiliary for which she served as Gift Shop Chair and Treasurer. She was a member of the Adult Reading Academy advisory board and the Kathryn Weil Health Center advisory board. Irene joined the YWCA in 1948 and devoted much of her time to that organization.   She was a Board Member, Board President, and Treasurer for the YWCA of Greater Lafayette. She also served on the YWCA Foundation Board and was a YWCA Community Services Chair. For her many hours of voluntary service, Irene received the Governor’s Voluntary Action Award in 1986. In 1998, she was a YWCA Salute to Women Award winner for her volunteer work, and was named one of 75 Diamonds at the 75th anniversary celebration of the YWCA of Greater Lafayette in 2004.

Irene was preceded in death by her husband, Robert, in 1995; and her four brothers, Charles, Chester, Ray and Harold Temple. She is survived by her four sons, Steven (Carole) of Haslett, Michigan; Jeffrey (Carol Beth) of West Lafayette, Indiana; David (Pamela) of Nicholasville, Kentucky; William, of St. Louis, Missouri; and five grandchildren.

Memorial contributions in Irene’s name may be given to the Lafayette YWCA.