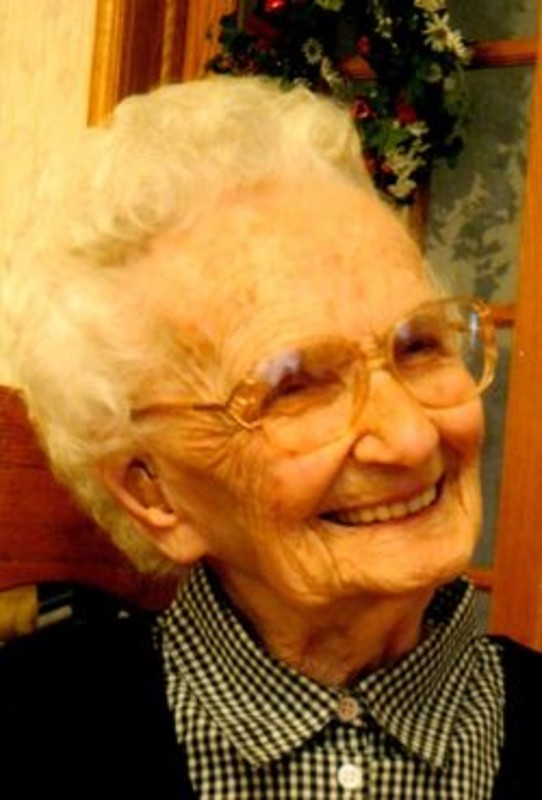 Irene G. Loft, 98, formerly of Lafayette, passed from this life on January 20,2018 in Avon formerly of Ivy Trace of Danville, IN for several years. In January 1919, she was born in a little brick house near Montmorenci, Indiana, to Amanda and John Christopher.  She graduated from Stockwell High School and Lafayette Business College.

She and Ralph Loft were married January 1939.  During their marriage, they resided in Tippecanoe, Wabash, Howard, Putnam and Hendricks counties.

Throughout her life, Irene utilized her skills and talents working for several businesses and partnering with her husband during their years of farming in Tippecanoe and Putnam counties.  Before her retirement, she worked for Angwell Curtain Factory and Cameo Quilts in Greencastle, Indiana.  She was a gifted seamstress and enjoyed crocheting, baking and gardening.

Visitation Saturday January 27, 2018 from 1pm-3pm Soller-Baker Lafayette Chapel, 400 Twyckenham Boulevard, Lafayette IN 47909, service at 3pm. Burial to follow at the Tippecanoe Memory Gardens West Lafayette, IN. In lieu of floral remembrances, memorial contributions may be made to the American Cancer Society of Indiana or National Kidney Foundation of Indiana.