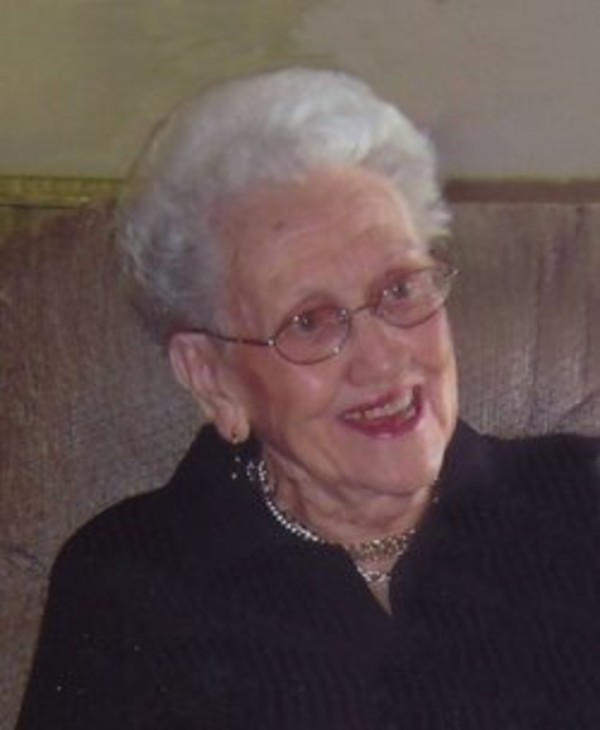 Inez Snouwaert, 94, a former Lafayette resident, passed away on June 25, 2015 at the Betz Nursing Home, Auburn, Indiana. She was born May 9, 1921 in Fountain County, Indiana, the daughter of Charles and Iva Pitzer. She was a 1939 graduate of Attica High School, Attica Indiana. She married Robert Snouwaert on July 7, 1943 in West Point, Indiana. They lived on the West Point farm for 45 years. He proceeded her in death on May 29, l988. In 1988 she moved to Lafayette, Indiana, and lived there until she moved to Auburn, Indiana in May 2012. Inez was a homemaker and a volunteer in her community. She was a member of the Wayne Township Home Extension Club, Home Hospital Auxiliary, and Tippecanoe County Republican Party. She was presented with a Community Volunteer Award by the Greater Lafayette Volunteer Bureau, an Honorary Member of the Home Hospital, Inc. and an 80's Volunteer Award from the Tippecanoe County Republican Central Committee for serving as a Wayne Township Precinct Committeeman. She enjoyed working at the area tent for the Home Hospital Fair and was a Pink Lady at Home Hospital. She attended the West Point United Methodist Church and the Trinity United Methodist Church in Lafayette. She is survived by daughters, Sharon (Dale) Hummer of Auburn, Brenda (Kenneth) Hutson, of Lafayette; grandchildren, Jim (Dana) Hummer of Auburn, Julie (Ben) Seigel of Auburn, and Kenton (Davida) Hutson of Indianapolis; eight great-grandchildren, and four great-great grandchildren. She was preceded in death by her parents, a brother, Forrest and a great-granddaughter. Visitation will be Sunday from 11-2pm at Soller- Baker Funeral Home Lafayette Chapel, 400 Twyckenham Blvd. Lafayette, IN 47909, followed by funeral service at 2pm.Sally Downham Miller officiating. Burial will be in the Grandview Cemetery, West Lafayette, Indiana. Memorials are to the West Point Fire Department, Heart To Heart Hospice, Turnstone Center, Camp Riley or a charity of the donor's choice.