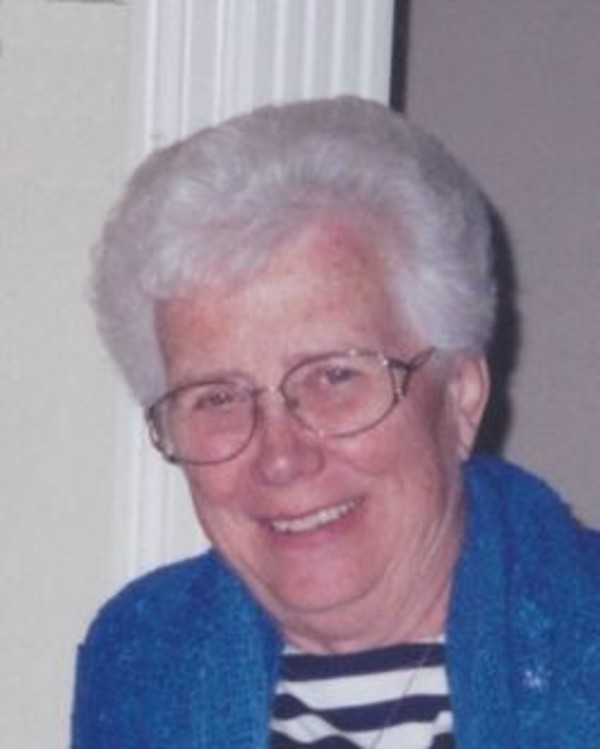 Ilah Mae Notestine, 81, of West Lafayette, beloved wife, mother and grandmother, died at 08:41 PM Saturday, September 21, 2013 at St. Elizabeth Central. She was born February 18, 1932, in Allen County, one of six children of the late Lester and Helen Figel Schlatter. After graduating Leo High School in 1950 she married Earl B. Notestine, a fellow Leo Lion, on December 15, 1951 at Robinson Chapel Methodist Church near Ft. Wayne in minus seventeen degree weather. They met as ninth graders and were married almost 62 years. Ilah was happiest caring for her home and family. She also enjoyed knitting, baking, playing bridge and traveling the world. She worked as a secretary for several years at Purdue and the Wesley Foundation. Ilah was a member of St. Andrew United Methodist Church since coming to West Lafayette in 1969 and served as Treasurer for many years. She was also a member of P.E.O. and volunteered with Lafayette Urban Ministries. Surviving along with her husband are four children Kerry E Notestine (wife Laura) of Houston, TX, Jacqueline N. Paige (Husband Edward) of Fairfield, CT, Greggory A. Notestine (wife Sarah) of West Lafayette, Angela J. Sullivan (husband Paul) of Colorado Springs, CO; two sisters Janet Mertens of Ft Wayne, Marianne Ash (husband James) of Coatesville; a brother Larry Schlatter (wife Sally) of Shipshewana and grandchildren , Daniel (wife Sarah), Eric (wife Monica), Jay, Elizabeth, and Kathryn Notestine, Wesley, Bennett and Grace Notestine, Nolan and Sayer Paige and Draper, Eleanor, Seth and Weston Sullivan. She was preceded in death by a brother Joseph L. Schlatter and a sister Martha Brown. Visitation will be from 1:30 until the time of the service at 3:00 pm Wednesday, September 25, 2013 at St. Andrew United Methodist Church with Rev. Tim Burchill officiating. Burial will be at 11:30 am on Thursday, September 26 at Leo Cemetery in Leo. Donations can be made in memory of Ilah Notestine to the Purdue Foundation, 403 West Wood Street, West Lafayette, IN 47907. You may sign the guestbook or leave memories at www.soller-baker.com.