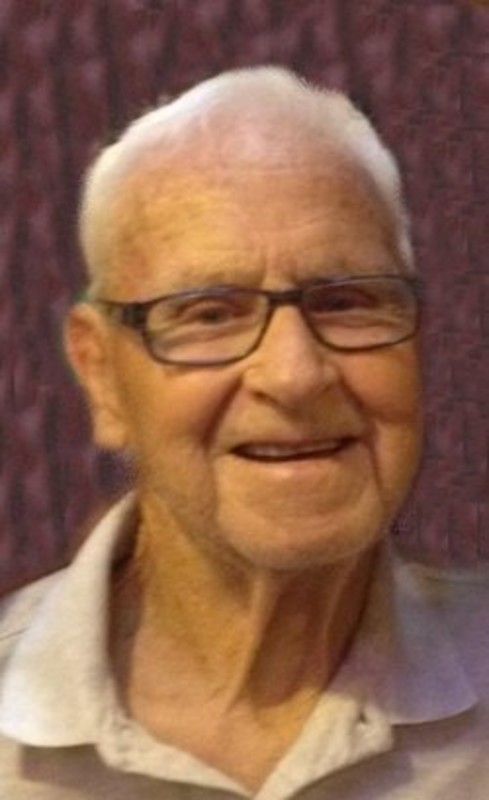 Herman L. Hampton, 93, of Lafayette, passed away at 4:52 pm Sunday, March 20, 2016 at IU Arnett Hospital.
He was born August 31, 1922, in Brookston, to the late Orville and Grace Mansfield Hampton.
He served in the United States Army from October 27, 1942 to November 22, 1945 on the 337th Combat Team. While serving in Italy he received the Purple Heart with 1 Oak Leaf Cluster, the EAME Theater Ribbon with 3 Bronze Stars and the Bronze Star with 1 Oak Leaf Cluster.
On August 18, 1947 he married Amelia Haley in Lafayette. She passed away on December 27, 2011.
Herman was a sheet metal worker for the Local #10 Union for several years before retiring in 1983. Prior to that he was a pinsetter at Lafayette Bowling Alley.
Herman was a Life member of American Legion Post # 11 and the VFW Post # 1154. He was inducted into the bowling hall of fame in 1998 and enjoyed spending time with his grandchildren, fishing, traveling to Florida, going to the casino and gardening.
Surviving are his son, Steven Hampton (Betty) of Coatsville, two daughters, Candance Craig (Skeeter) and Trudy Jarrard (Jerry) both of Lafayette, two brother-in-laws who were raised in the home, Don Tipton (Helen) of Oregon and Paul Tipton (Leslie) of Colfax. Also surviving are ten Grandchildren, eleven Great grandchildren and three great great grandchildren.
He was preceded in death by a son, Jefty Hampton and two brothers, William and Orville “Junior” II Hampton.
A memorial visitation will be from 5:00 until 8:00 pm on Monday, March 28, 2016 at Soller-Baker Lafayette Chapel at 400 Twyckenham Blvd Lafayette, IN 47909. A private burial service will be held at a later date.
Those wishing may contribute in Herman’s name to the Gold Star Mothers for the Honor Flight at PO Box 275 Lafayette, IN 47902-0275.