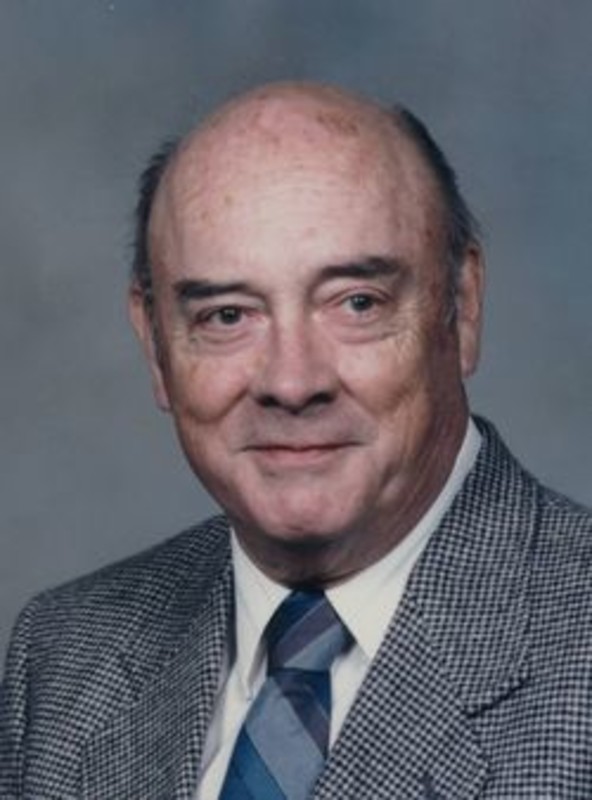 Dr. Herbert Edwin Bonnet, 89, a lifetime resident of Lafayette, IN, died at 1:14 AM Wednesday, October 22, 2014, at St. Elizabeth Hospital in Lafayette, IN. He was born February 26, 1925, in Lafayette, IN, to the late Herbert E. and Elda M.Martin Bonnet. Dr. Bonnet graduated from Lafayette Jefferson High School and joined the Navy, February 5, 1942. He served on the aircraft carrier U.S.S. Essex and that carrier was awarded 11 battle stars, including two for the liberation of the Phillipines. He was also a Kamakizee attack survivor during World War II. He received an honorable discharge with a good conduct medal. He completed Pre-Optometry at Purdue University and received a Doctor of Optometry degree from Illinois College of Optometry in 1950. Dr. Bonnet was an optometrist in Lafayette since 1950. On October 10, 1945, he married Elaine C. Mandel and she passed away on November 30, 1988. He then married Joan Zarse on December 26, 1989. He was a liife member and elder at Immanuel UNCC, past master Lafayette Masonic Lodge #123 and 60 year member, past president Lafayette High Twelve Club,past state president Indiana High Twelve Club, Charter member of old Lafayette Evening Optimist Club, Charter Member new Lafayette Evening Optimist Club, past President Lads & Lassies Square Dance Club, 61 year member of American Legion Post #11 and member of Omega Epsilon Fraternity. He also was an honorary Secretary of State for services to the State. Surviving are Wife, Joan Bonnet, Lafayette, IN Son and daughter-in-law, Drs. Michael H. and Donna Bonnet; grandson, Dr. Jon Bonnet, MD, resident at the Duke University Medical Center; granddaughter, Michelle Bonnet in Medical School at Wright State University in Dayton, OH. Preceded in death by one brother, Don Bonnet Grave side service at Tippecanoe Memory Gardens on October 27, 2014 with Pastor T. J. Jenney officiating. Memorial service will be at Immanuel United Church of Christ on November 22, 2014. In lieu of flowers, those wishing may contribute to Immanuel United Church of Christ or charity of donors choice.