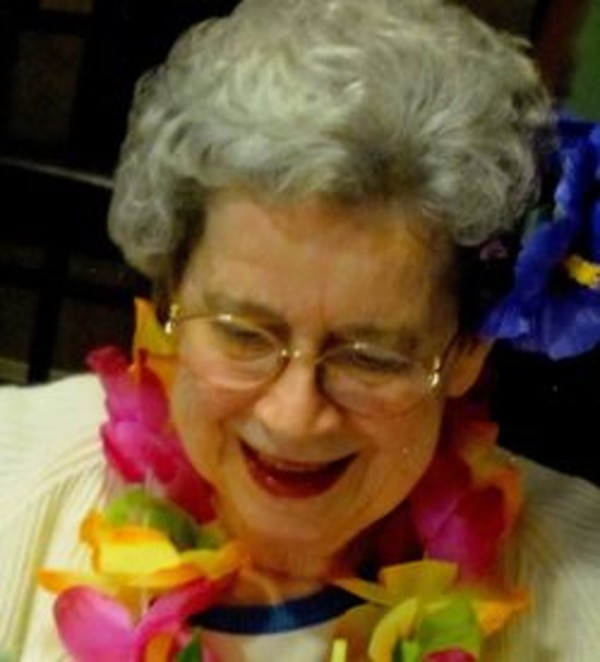 Helen J. Byers, 91, of West Lafayette, passed away on Friday, June 29,2018 in the Courtyard at Westminister Village.

She was born August 3, 1926, in Tippecanoe County to the late Evert and Exie Leamon Wilson.

Before marriage, Helen worked ten years for the Associated Telephone Co.  She later returned to work for the company, then known as G.T. E.  She retired in 1983 after an additional 31 years of service.

She was a member of Christ United Methodist Church.

Helen enjoyed reading but volunteering was how she spent her time.  In 1996 she was recognized by Wabash Center as their volunteer of the year.  In 1999 the cities of Lafayette and West Lafayette honored her with a Community Volunteer Award for time spent at the center.  By 2003 she had given them 20 years of service.

Helen found time for more.  Serving as a pink lady at Home Hospital and later St. Elizabeth Regional Health she received an award for 8000 service hours in 2009.

Helen was preceded in death by one brother and two sisters.  From her siblings she was an aunt to five nieces and nephews.  They are Ed (Karel) Woerner, Don (Becky) Woerner, Jean Smidt, Carol (Jim) Sharp and Richard (Jenny) Whaley.

Although Alzheimer’s changed the way she lived, it did not change Helen.  She moved to Westminister in May of 2011.  There everyone called her by name and she was known for her sunny disposition.  She was actively participating in activities until the last week of life.

Visitation will be from 10:00 am until the time of the service at 11:00 am on Friday at Soller-Baker West Lafayette Chapel, 1184 Sagamore Parkway West., Pastor Linda Sproull officiating.  Interment will be at Montmorenci Cemetery in Montmorenci, IN.

Memorial Contributions may be made to: Westminster Village Foundation or to the Franciscan Health Auxiliary in Lafayette.