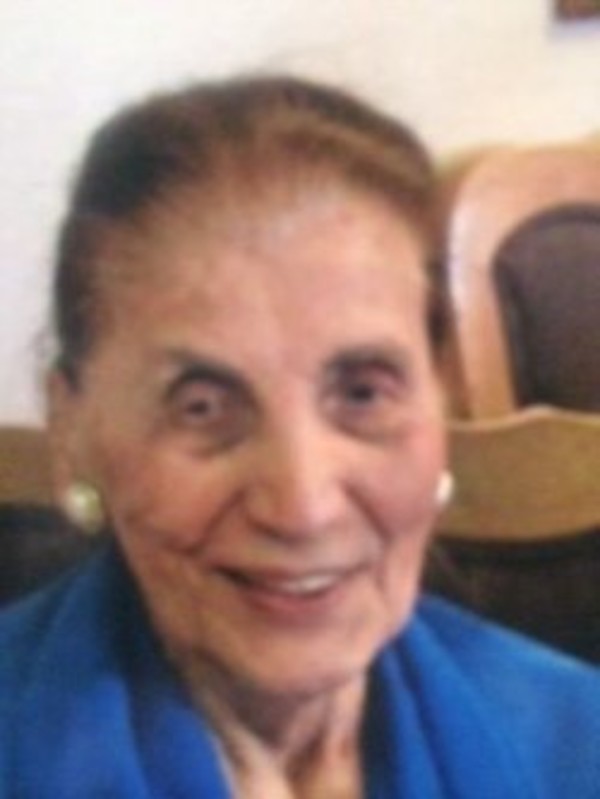 Helen Catavolos, 97, of West Lafayette passed away on July 16, 2014. Helen was a beloved wife, mother, yiayia, sister, aunt, friend, and business woman. The daughter of Spiros and Olga Bouizikos was born on May 17, 1917 in Platsa, Greece. She came to America as a young girl residing first in Chicago, IL where she met and married her husband Louis G. Catavolos on January 11, 1944. Helen and Lou moved to Cleveland, OH where they opened a neighborhood grocery store. It was eventually run by Helen while Lou worked in sales. Helen would never turn away anyone that was in need of food or anything for that matter. She was loved by everyone because of her kind heart, warm personality and great sense of humor. A simple woman who taught us by example. Helen's life is personified by the term, “Greatest Generation. “We listened to her stories and learned what life's treasures truly are. Lou and Helen moved to West Lafayette to be closer to their children in 1978. She enjoyed cooking for family and friends, gardening, crocheting and watching football. If you wanted to know anything about football, college or pro, ask Helen. The best mother anyone could have, she leaves behind her son George L Catavolos (Tona) of Zionsville and daughter Olga Jeffares of West Lafayette. Her pride and joy, her four granddaughters Nicole Paraskevas, Lafayette, Darren Paraskevas, Lindsay Catavolos and Stephanie Catavolos, all of Carmel. Step- grandsons Stuart Jeffares (Kim) of Birmingham, MI, Jon, Scott (Pam) & Phil Jeffares, Indianapolis. Step- Great Grandchildren Robert Beckham Jeffares, Cameron-Jolie Jeffares and Lauren Recchia. She also leaves behind her many wonderful nieces and nephew. Also surviving is Christina (Frank) Sabetta, her loving Goddaugther of Streamwood IL. Sister in laws Mary Collaros and Irene Catavolos of Cleveland. Brother-in-Law Sam Godelas of Chicago. Lou preceded her in death on December 21, 2001 after almost 58 years of marriage. Also preceding her in death are her sister Angela Godelas, brother George (Helen) Bourzikos, Son-in-Law Robert T. Jeffares, Brothers in law Peter (Dolores), Michael, Pete, & Archie Catavolos , Sister in Law Penny Catavolos and brother-in-law Jack Collaros. Helen's family give heartfelt thanks to everyone at Westminster Village who made her last three years of life filled with love, friendship and quality care. Her family will receive friends from 4-6 Sunday, July 20th at Soller-Baker, Lafayette Chapel, Funeral services will be at Soller-Baker Lafayette Chapel Monday, July 21st at 10:00 am with Fr. Gregory Allard officiating. Those wishing to make a donation in her memory may do so to her beloved church, St. Alexis Orthodox Church, 1418 South 24th St., Lafayette 47905.