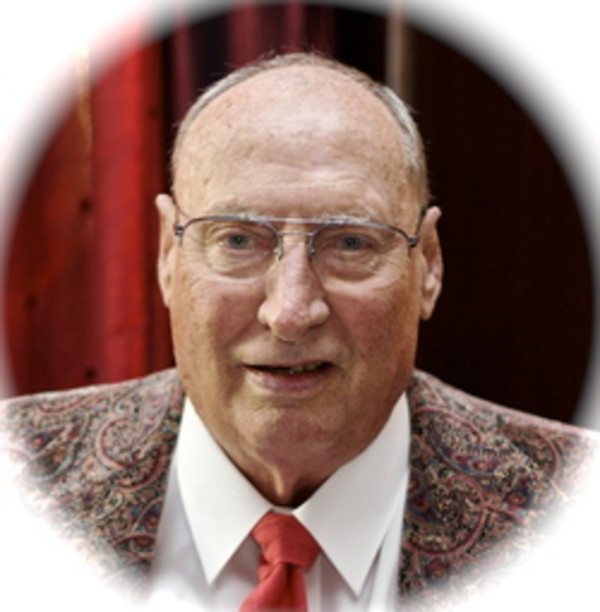 Harry James Leap, 80, of Lafayette, died at 3:20 a.m. on Sunday, January 5, 2014. He was born in West Lafayette on November 18, 1933, to the late Harry Leap and Jessie Edwards, and was a graduate of West Lafayette High School. Harry was a lifelong resident of Lafayette. He married Patricia Mae Amstutz on February 28, 1954, and she precedes him in death. In his teens, Harry was a caddy at the Elks Country Club and began his great love of golf. He won many trophies and made two holes-in-one. Harry retired after 31 years from Rea Wire and sold tools at Sears part-time. He served in the National Guard, and was a member of the American Legion, the Fraternal Order of Eagles, and the Elks Country Club. He volunteered at St. Anthony Healthcare as a reader before becoming a resident there in September. He sang with the Tippecanotes, the Lafayette Chapter of the Barbershop Harmony Society. He loved to sing and play his guitar. Harry Leap was a tall, blue-eyed, handsome man who worked hard to take care of his family, and was a devoted grandpa. He had a dry sense of humor and loved playing cards with his buddies. He will be missed by family and many life-long friends. He is survived by his children, Pam Leap (husband Jeff Nilsson) of Indianapolis, Mike Leap (wife Winona) of Buck Creek, and David Leap of West Lafayette, his granddaughters Lena Leap and Kayla Skyler of Lafayette, grandsons Bryan and Darrin Leap of Lafayette, great-grandchildren Dylan Leap and Cama Lucas, and his older brother, Arlyn Walter Leap (wife June) of Lafayette. Visitation will be 5:00 PM to 7:00 PM Thursdayat Soller Baker Lafayette Chapel, 400 Twyckenham Blvd. Service 10:00 AM Friday at Soller-Baker Lafayette Chapel. Internment will be at Tippecanoe Memorial Gardens Cemetery. Contributions in Harry Leap's memory may be made to the Tippecanotes Chapter of the Barbershop Harmony Society, P.O. Box 291, Lafayette, IN 47902.