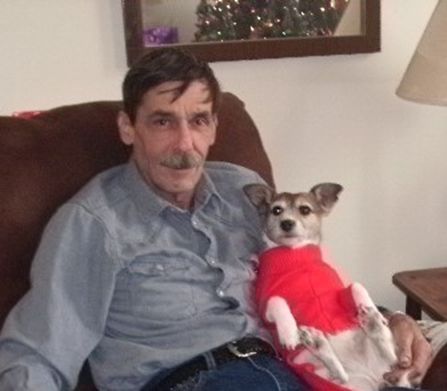 Harry Donald Morrow, 65, of Lafayette, Indiana passed away on December 11, 2019 in his home surrounded by his loving wife Joanie and children. Harry was born on October 31, 1954 in Lafayette, IN. He worked as a mechanic for 35 years. Harry was a racecar driver at Henry’s Speedway in Boswell, car number 54. He is survived by his wife Joanie, son James Morrow, daughters Kristan Morrow-Sutherlin and Jacklyn (Jason) Hartwick, and grandchildren Benson Worley IV, Megan Morrow, and Jarrett Morrow. Harry is also survived by two sisters Donna (Edward) Sholty, Carol Nelson, sister-in-law Mika (Mark) Dorsey, mother-in-law Sally Price, several nieces and nephews, and pet dog Olive. Harry was preceded in death by his beloved daughter Jennifer, niece Amber Nelson, and his parents, Donald Morrow and Margaret Moore. A visitation will be held on December 16, 2019 from 1:30PM to 2:30PM with the service following at 2:30PM at Soller-Baker Lafayette Chapel. A reception will be held at the family’s home after the service.