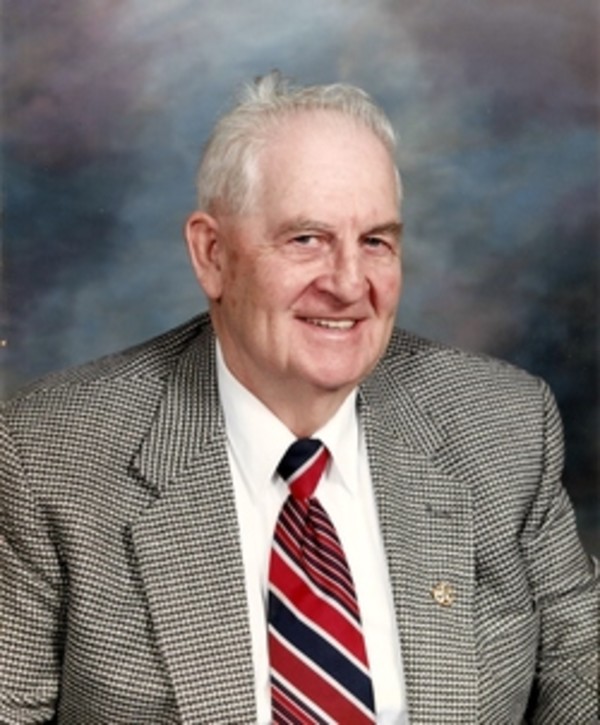 Harold Leroy Mowery, 86, of Lafayette, passed away peacefully at 6:25 PM on Friday, November 15, 2013 at Cumberland Pointe Health Campus surrounded by his loving family. He was born on February 2, 1927 in Dongola, IL to the late Gladys Mowery Day. On December 25, 1949, Harold married Leila Rosetta “Rose” Balser of Lafayette. She preceded him in death on February 27, 1988. Harold worked hard his entire life. He started working at the young age of 16 with the Wabash Railroad. At 19, he served as a PFC in the United States Army during WWII. He retired in 1989, after 18 years as a General Foods employee. He also enjoyed 20 years as a donut maker in Lafayette for Robbins Bakery, Airlite Donuts and Mary Lou Donuts. Harold was a long time member of the Christ United Methodist Church and American Legion Post #11. He was also an active member of Boy Scout Troup #20 serving as Treasurer, County Commissioner and Order of the Arrow. He was an avid sports fan and especially enjoyed watching the Chicago Cubs and Purdue Men's basketball and football. Harold is survived by two sons David (wife Theresa) of West Lafayette, Rev. Bruce (wife Melodi) of Washington, a sister Carolyn DeLaughter (husband Bill) of Crown Point, a brother David Murray of Illinois, seven grandchildren, five great grandchildren and several nieces and nephews. He was preceded in death by a sister Ruby South. Family would like to thank the wonderful staff of Cumberland Health Campus and St. Elizabeth Hospice for the terrific care and compassion they showed to Harold. He will be forever remembered for his stubborn, strong personality. Visitation will be from 5:00-8:00 PM Wednesday November 20 at Soller-Baker Lafayette Chapel, 400 Twyckenham Blvd. with the funeral being held at 10:00 AM Thursday November 21 at Soller-Baker Lafayette Chapel with Rev. Scott Mann officiating. Entombment with military honors will be at Tippecanoe Memory Gardens. In lieu of flowers the family asks for donations to be made to Christ United Methodist Church or St. Elizabeth Hospice.