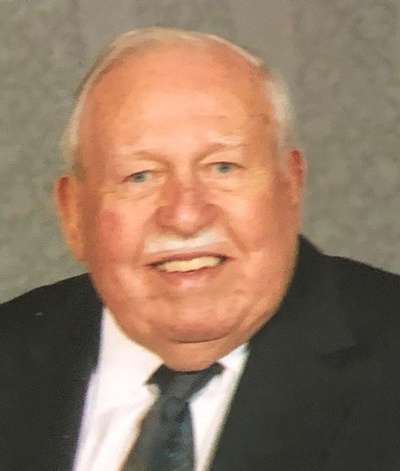 He married Jane L. Murray on August 28, 1944, she passed away in 1964, they had three children, Richard E. Frey (wife Judith) of Annapolis, MD, Martha J. Frey of Tampa, Fl and Thomas C. Frey (wife Laurie) of Lafayette. He married Emma Jean Hamilton Gregory on April 15, 1966 and she survives.

Harley received his BS from the University of Toledo in 1942, his M.D. from the University of Cincinnati in 1945, interned at City Hospital in Akron, OH from 1945 – 1946, served in the U.S. Army Medical Corps from 1946- 1948, Fellowship in Anesthesiology at the University of Minnesota from 1948-1950. Harley was a Diplomat on the American Board of Anesthesiology and on staff at St. Elizabeth and Home Hospitals. He served on the Board of directors for Lafayette Symphony Orchestra from 1950-52, served as an Elder, Deacon and on the board of directors for the Presbyterian Church, Board Director 1997 – 2000, for Lafayette Citizens Band, Fellow American Society of Anesthesiology (Board Director 1965-74), Indiana Society of Anesthesiology (President 1964, Distinguished award 1992), Indiana State Medical Society 1950 to date, Tippecanoe County Medical Society (President 1961, Certificate of Distinction 1995), Rotary Club Board of Directors, 1992-1995 and Lafayette Country Club 1963-1965. Harley’s love of music allowed him to play keyboards with the Jim Alkire Band from 1973-1992.

Surviving along with his wife and children are five grandchildren and four great grandchildren. He was preceded in death by a step son Rick Gregory.

A private family entombment will take place at Tippecanoe Memory Gardens. A public memorial service will take place at 2:00 pm on Monday, January 7, 2019 at Covenant Church with Pastor Rob Eyman officiating. Friends will be greeted following the service.