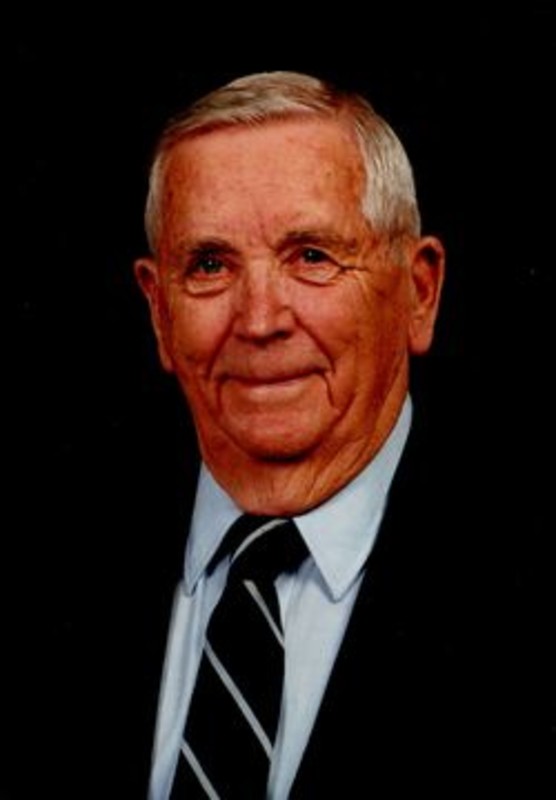 Passed away May 13, 2017 in Lafayette. Born January 26, 1923, he was the son of the late Cleo and Helen Wilson Leming.  He was a graduate of Jefferson High School.  Gordon married Helen T. Gurnick on February 23, 1946, in St. Boniface Catholic Church in Lafayette, and she survives.

He was a member of St. Boniface Catholic Church for more than 60 years, where he was an usher for 25 years and past member of the Men’s Holy Name Society.  He was a US Army Veteran who served in World War II from 1942 to 1945 with the 481st Anti-Aircraft Artillery Automatic Weapons Battalion under General Patton’s Third Army, for which he received one silver service star, a meritorious unit emblem, a sharpshooter’s badge, a French fourragere and a Belgium fourragere.  He was a life member of Disabled American Veterans Chapter 27 (Commander for 4 years and state officer), Veterans of Foreign Wars Post 1154 (officer and district officer), Knights of Columbus 456 (officer), American Legion Post 11, Military Order of the Cootie 2 (officer), Fraternal Order of Police 49, National Order of Trench Rats 534 of Indianapolis, 40/8 Voiture 364 Chateau, past President of the Central Catholic Bank, and member of the Central Catholic Athletic Century 21 Assoc.  The baseball field at Central Catholic was renamed I his honor as the Gordon Leming Field in 1983.  Gordon was a committed Cubs fan. He worked at Alcoa for 4 years and for Reliable Window Cleaning Company for more than 46 years, retiring in 1996.