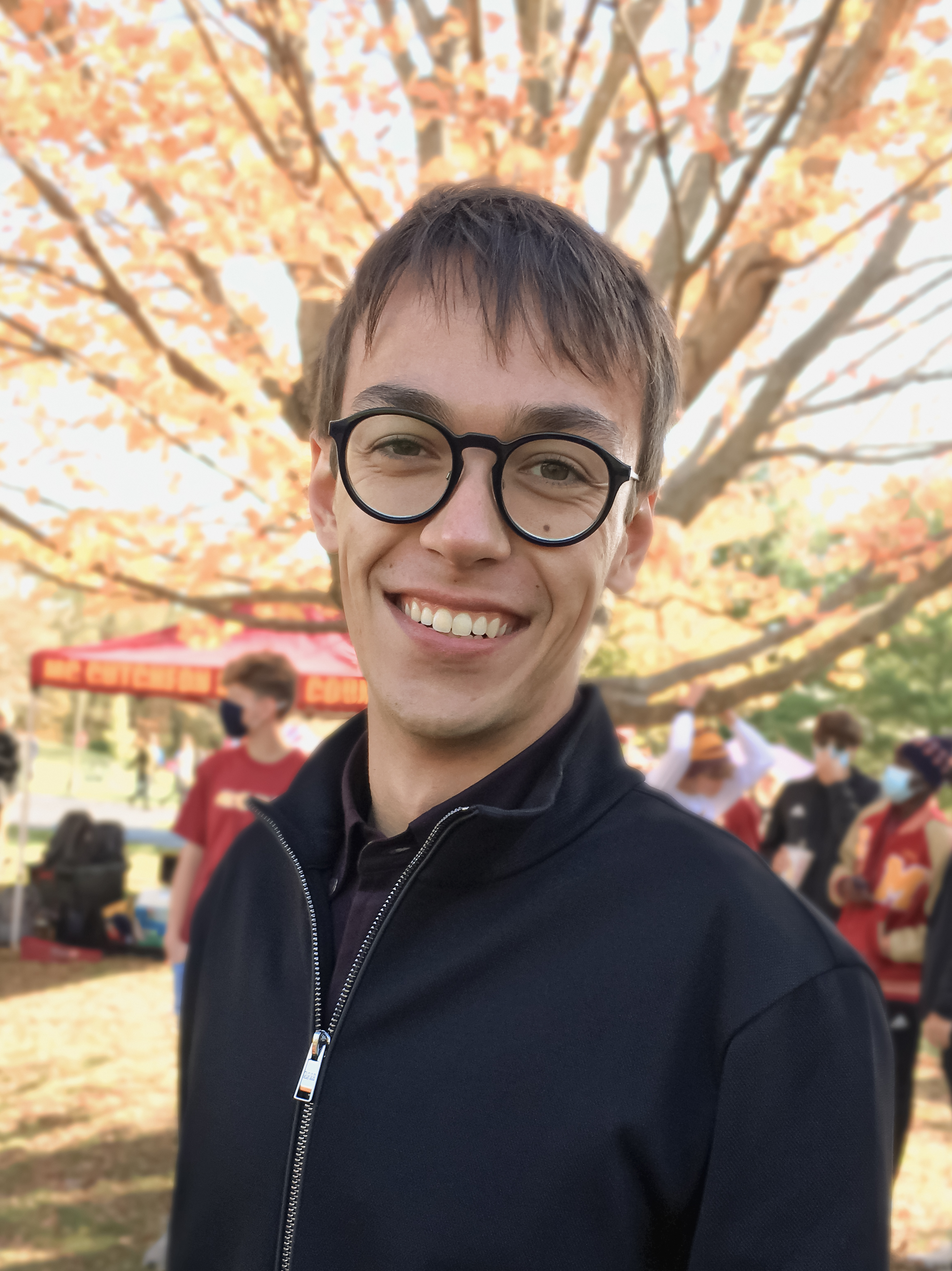 Evan was baptized at and was a member of First Christian Church in Lafayette. He also found joy watching sermons online from Stidham United Methodist Church with his grandparents.

As a toddler Evan was extremely inquisitive and needed to know which light switch controlled what function in every room in every home. In time, his interests expanded beyond electrical systems to include years of Scouting, horseback riding in Brown County with his father, and Pokémon (he truly did collect them all). As a 4-H member, he showed pigs (Diesel was his favorite) and horses (Mooney was the sweetest). He received a special merit award at the Indiana State Fair for his photography.

Evan played the piano beautifully and sometimes wrote his own music. He taught himself to play guitar and his brother’s drum set. The two brothers enjoyed playing together. He procured quite a collection of vinyl albums and recently traveled to Brooklyn and Nashville in search of treasures and interesting people to meet.

Evan was fluent in Spanish and seemed effortlessly brilliant (he seriously never brought home a schoolbook—this drove his mother crazy). He enjoyed working out and eating healthy meals.

Evan had many gifts and talents, which he used to help others. Above all, he loved computers. While in high school he taught himself to program, sold iPhone tweaks, and created a significant program for the iPad named OS Experience. With his profits he purchased his first car at age 15, a shiny red Camaro. Post high school he interned at Apple in Cupertino, California, but realized the West Coast was not for him, and he returned home. Eventually he entered an internship program with Subaru and Vincennes University. He was enrolled in spring 2021 classes. Evan was an entrepreneur, continuing to sell his iPhone tweaks and refurbished computer equipment, investing in Bitcoin and the stock market.

Along with his parents, Evan’s survivors include sister, Wynne Swick (Smyrna, Georgia); brother, Cary Swick; step-brothers, Jonathan, Nathaniel, and Carson Dice; paternal grandparents, Fred Swick and Judy Howard (Brownsburg); maternal grandparents, Mike and Marcy Helms; uncle and aunt, Greg and Michelle Helms; cousins, Lily and Katelyn Helms (all of Lafayette); cherished pets, Maow, Pigwidgeon, Finnegan, Skittles, and Chewie; and many extended family members and friends important in Evan’s life. They all cherish their memories of his life, and he will be greatly missed. His smile was beautiful, his dark brown eyes glistened, and his soft and easy laugh brightened their days.

In lieu of flowers, his parents ask that you honor Evan’s memory by considering a donation to one of these worthy local organizations:

To follow state mandates due to COVID a mask and social distancing must be observed.

Visitation will be from 5:00 until 8:00 pm on Thursday, December 17 at Soller-Baker Funeral Home. A memorial service will be held at 11 am on Friday, December 18 also at Soller-Baker Funeral Home 400 Twyckenham Blvd. Lafayette IN 47909 with Pastor Darin Hendry officiating. For those unable to attend a live stream of the service will be available on his obituary page at  www.soller-baker.com