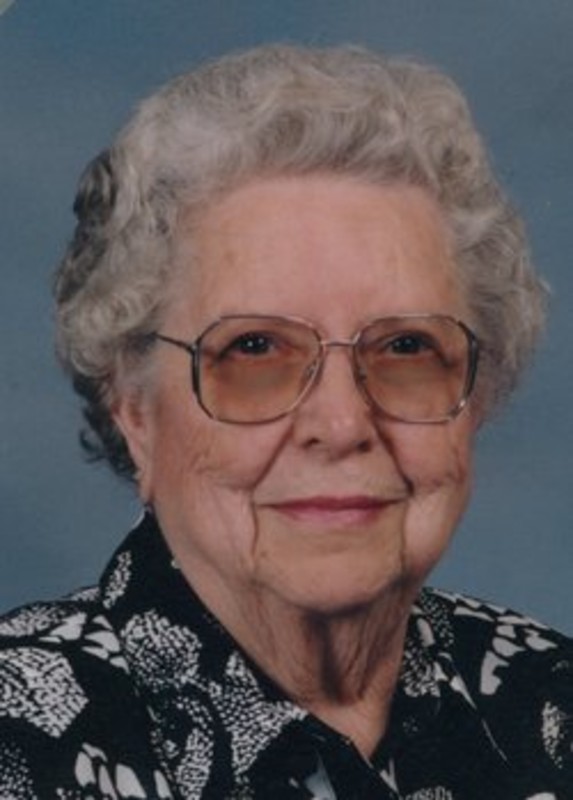 Esther L. Hamm, 92, of Romney, died at 6:00 P.M. Monday, June 17, 2013 at St. Mary Health Care. She was born October 13, 1920, in Montgomery County, to the late Alva O. and Pearl I. Criss Winger. She graduated from Linden High School in 1938 and attended Lafayette Business College for one year. On February 16, 1941 she married Hubert L. Hamm in Linden. He passed away on March 7, 1985. Esther worked at Purdue University for one year and at the Linden State Bank as a teller for 30 years. Esther enjoyed sewing, crocheting, playing cards, gardening, and spending time with her family and friends. She was a member of the Brady Lane Church of Christ, Pioneer Women for Christ, the first female trustee of Randolph Township, serving from 1986-1994, Randolph Township volunteer Fire Department Auxillary, former member of Tippecanoe County Trustee Association, Order of Eastern Star, Eagles Auxillary, and several card clubs. Surviving are Daughters; Jane E. Hamm of Romney, Rebecca L. “Becky” Brickey (husband Larry) of Lafayette; Grandchildren; Joseph Rees II “J.R.” (wife Melissa) of McDonough,GA , Chad Brickey (wife Rebekah) of Lafayette, Lara Arnold (husband Cody) of West Lafayette; Great grandsons; Landon and Triston Brickey; Son in Law; Joseph Rees of Lafayette. Also surviving are several nieces and nephews and great nieces and nephews. She was preceded in death by a daughter Joyce Rees, brother's Forrest & Alvin Winger, and a sister Dorothy Shumate. Visitation will be 5:00 to 8:00 pm on Thursday, June 20, 2013 at Soller-Baker Lafayette Chapel with funeral services at 10:30 am on Friday, June 21, 2013 at Soller-Baker Lafayette Chapel 400 Twyckenham Blvd Lafayette, IN 47909 with J. William Overbay officiating. Burial will follow at Elmwood Cemetery in Romney. Those wishing may contribute to the Brady Lane Church of Christ Building Fund 2701 Brady Lane Lafayette, IN 47909.