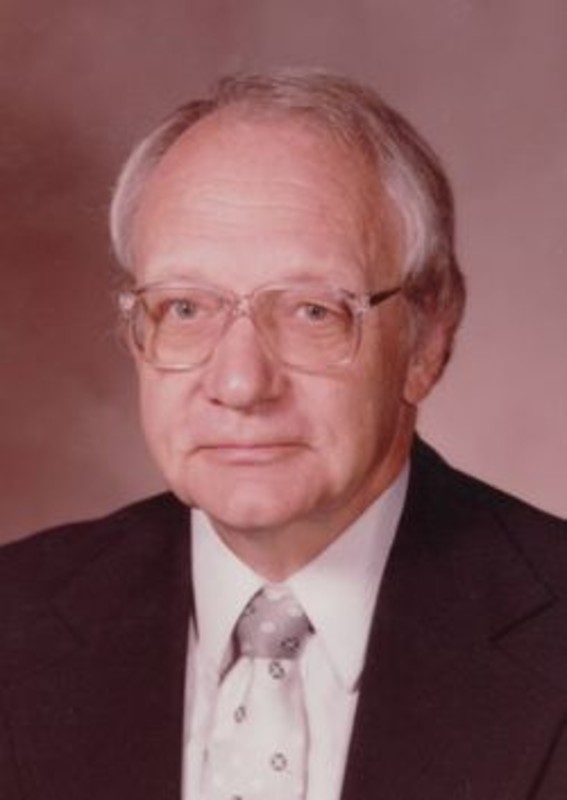 Dr. Eric Casson was born June 9, 1925 to the late Lewis and Ida Casson in Haworth, England.
He immigrated to the United States in 1928 and settled in Ravenna, Ohio.
Eric graduated from Ravenna High School in June 1943, and enlisted in the Army where he was called to active duty August 17, 1943 after basic training at Fort Banning, Georgia. He was sent to Indiana University as part of the Army Specialized Training Program. When that program was terminated, Eric was assigned to the 20th Armored Division at Camp Campbell, Kentucky. His unit eventually served overseas in the European Theater of Operations (ETO).
After his discharge on February 14, 1946, he attended Indiana University and graduated in June 1950 with a degree in education.
Eric began teaching in Akron, Indiana in 1950 and remained there until the summer of 1954 when he took a position with West Lafayette High School as a social studies teacher. Two years later, he became acting principal and eventually principal, a position he held for 32 years.
He received his Master’s Degree from IU in 1955 and his PhD from Purdue in 1972.
Dr. Casson served as acting Superintendent during the 1988-89 school year.
While principal, Dr. Casson was a member of the Executive Council of the Junior-Senior High School Principals Association and served as its President during the 1986-87 school year. He chaired and served on many North Central Evaluation teams and during 1986-87 evaluated schools in Pennsylvania, Ohio, and Michigan for the US Department of Education. Eric was a John Hay Fellow at Colorado College in the summer of 1964. He was a member of Elks Lodge 143 where he served as Chairman of the Trustees and Secretary of the Lodge. He was a member of the IU Alumni Club of Tippecanoe County and served as its President for two years.
In 1948, he married Peggy Jean Neff in Youngstown, Ohio who survives. Also surviving are their four daughters: Cynthia Hartman of West Lafayette, Deborah Yocum, husband Mike McClean of Tampa, Florida, Melinda Meyer, husband Paul, and Pamela Strouse, husband Steve both of Lafayette, along with 10 grandchildren and 9 great grandchildren. Eric was preceded in death by his only sister Nora Aleksa.
Visitation will be from 8:30 until the time of the memorial service at 10:00 am on Saturday June 11, 2016 at First United Methodist Church, West Lafayette, IN with Rev Dr J. Phillip Klinger officiating.
Those wishing may contribute in Eric’s name to either the First United Methodist Church Building Fund or Food Finders Food Bank.