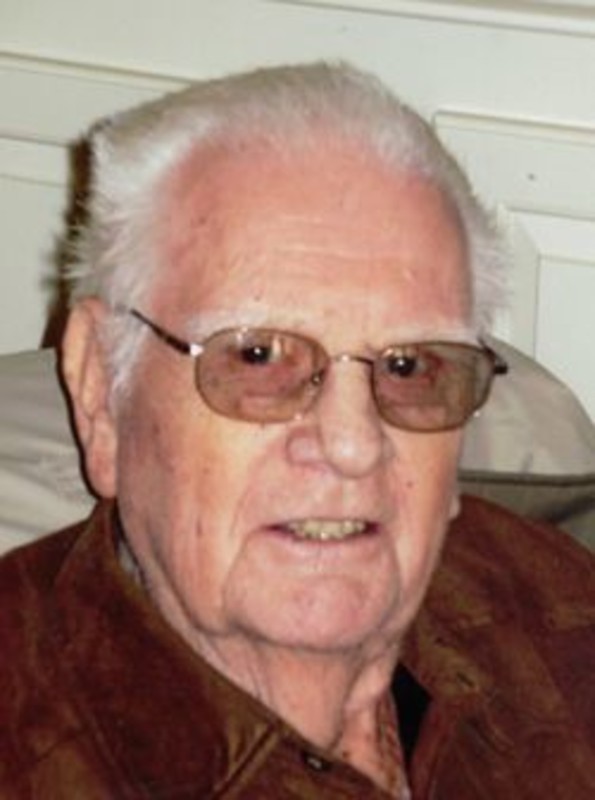 Elmer L. “Red” VanMeter, 93, of Lafayette, died at 6:20 am Thursday, February 6, 2014 at IU Arnett Hospital. He was born June 19, 1920, in Lafayette, to the late John and Matilda Gellenbeck VanMeter. He served in the United States Army during WWII receiving the Purple Heart and two Bronze Stars. Red retired from ALCOA after 42 years. On September 9, 1941 he married Lora Maxine Turvey in Clinton. She died on May 26, 2000. Red was a member of the ALOCA 25 year Club, the Retirees Club. He was a 32nd degree Scottish Rite, a 50 years member of Eastern Star #5, and Masonic Lodge #123. A life member of VFW, American Legion Post 11, DAV, the 78th Division Association and the Purple Heart. Surviving are his children Pamela Berglund of Lafayette, Richard L. VanMeter (Jennifer) of South Carolina, Arlene Strup (A.L. “Bud”) of Florida; six grandchildren, Brent (Alicia) and Brandon (Carmen) Berglund, Jennifer Budzynski, Joshua and Jared Strup, and Rebecca VanMeter, and eleven great grandchildren. He was preceded in death by a daughter Linda Lahrman, two sisters Marjorie Stingley and Patricia Oswalt, and a grandson Ryan VanMeter. Visitation will be 5:00 until 7:00 pm Monday, February 10, 2014 at Soller-Baker Lafayette Chapel with the funeral service at 1:00 pm Tuesday, February 11, 2014 at Soller-Baker Lafayette Chapel 400 Twyckenham Blvd Lafayette, IN 47909 with Pastor Guy Brown officiating. Burial will follow at Tippecanoe Memory Gardens. Those wishing may contribute to the American Heart Association or the American Cancer Society.