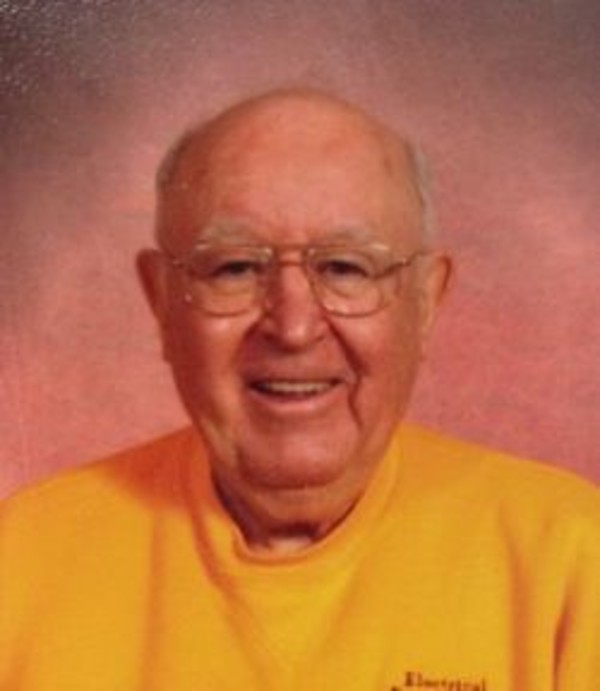 He was born in Lafayette on January 20, 1923 to Elmer A. Butz, Sr. and Mabelle E. Blosser. He was a lifelong resident of Lafayette attending Linnwood Elementary School and graduating from Jefferson High School in 1942. He attended Purdue University in Electrical Engineering, and worked as an electrician most of his life. He was employed at Purdue University for 34 years, retiring as an Administrative Assistant in the Electrical Engineering Department in 1985.

He joined the Navy in 1942 and was a Fire Controlman 2nd Class. He served in the South Pacific in the Russell Islands during World War II and was discharged in 1946. He was privileged to fly to Washington DC on the Gold Star Mothers' Honor Flight in October 2015.

He married Marjorie J. Andrew on November 25, 1945 at Brown St. United Methodist Church in Lafayette and she passed away on September 24, 2006. He was also preceded in death by their son, Randall A. Butz on November 4, 1987.

Bud was active in Indian Guides and Boy Scouts of America for many years with his son, and continued his membership in BSA. He also helped in many Girl Scout projects with his daughters and Sorority events with his wife. He was a member of Brown St. United Methodist Church for 70 years where he served in several capacities. He also volunteered as a Red Coat at Home Hospital for many years. and was a member of the American Legion. He also belonged to Lafayette Stick- Kickers Camping Club and the Weak-N-Ders Retirees Camping Club as a member of Family Campers and RVers. He enjoyed camping, Euchre, crossword puzzles and reading, as well as tinkering with equipment and machinery.

Visitation will be Tuesday 5-8pm with Funeral service Wednesday at 10am all at Soller-Baker Funeral Home, 400 Twyckenham Blvd. Lafayette, IN 47909. Officiating will be Pastor Barb Marshall of Brown St. United Methodist Church, and Pastor Bruce Mowery of Washington, IN. Interment will follow at Rest Haven Cemetery.

Donations may be made to Brown St. United Methodist Church, 905 Brown Street, Lafayette, IN 47904.