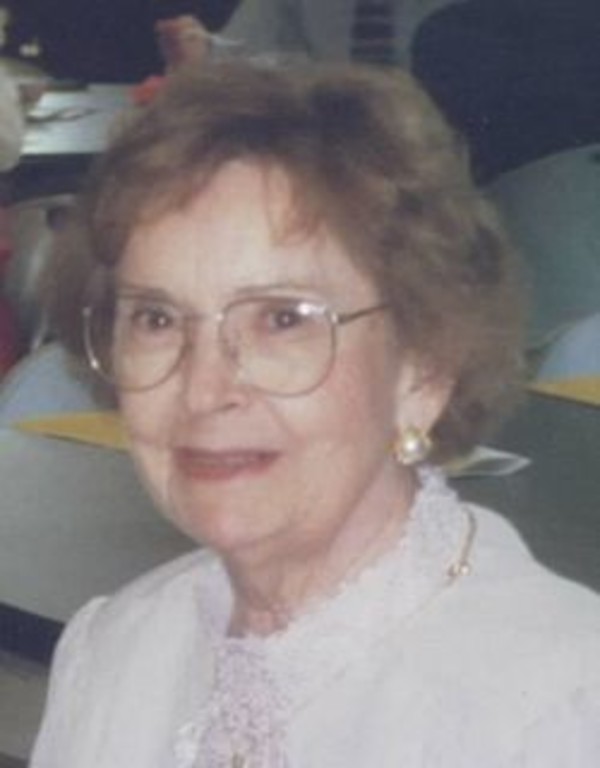 Ellen Jane (Thomas) Byrnes, 90, of West Lafayette, IN, died at 11:15 p.m., April 6, 2016, at Cumberland Pointe Health Campus. She was born December 6, 1925, to John A. and Alice E. Thomas in Patton, PA. She graduated from Patton High School in 1943. Following graduation, she worked as a sales person for Kresge Corp. and bookkeeper in the Business Office of Peal, Peacock and Kerr Coal Co. in Cambria County, PA.
She married William R. ‘Dick’ Byrnes of Barnesboro, PA, on September 10, 1947. Together they moved to State College, PA, and then in 1962 they moved to West Lafayette, IN where her husband was a Professor of Forestry at Purdue University.
When her youngest child entered high school, Mrs. Byrnes enrolled at Purdue University as an “older student” and graduated in 1988 with a B.S. Degree in Apparel Technology in the School of Consumer and Family Science. She then worked during summer months as a “Costumer” at the Columbia Park Children’s Summer Theatre in Lafayette, IN. She also worked as a volunteer with the local Civic Theatre.
When her husband retired in 1989, they built a home in Oro Valley, AZ, and spent their winters in the desert sunshine until May of 2012.
Jane’s major interests included music, sewing, art and volunteering. She played the piano and organ, and sang soprano for many years in church choirs in West Lafayette, IN and Oro Valley, AZ. She also served in many church liturgy activities at Blessed Sacrament Catholic Church and was President of the Women’s Club. She was an excellent seamstress in making clothing for herself and family members and enjoyed quilt-making.
Mrs. Byrnes is survived by her husband, two daughters, Jeanette M. Mailloux of Moore, SC; Ellen E. Byrnes of Lafayette, IN, two sons; Michael R. Byrnes of Indianapolis, IN, Robert H. Byrnes of Austin, TX; six grandchildren; and two great grandchildren. She was preceded in death by a daughter Alice Susan Smith, her parents and her brothers John E. Thomas and Paul L. Thomas.
Visitation will be from 10:00 am until the time of the Mass of Christian Burial at 11:00 am on Tuesday, April 12, at The Church of the Blessed Sacrament in West Lafayette. Interment will be at Tippecanoe Memory Gardens. In lieu of flowers, donations may be made in her honor to the Arthritis Foundation and the Alzheimer’s Association.