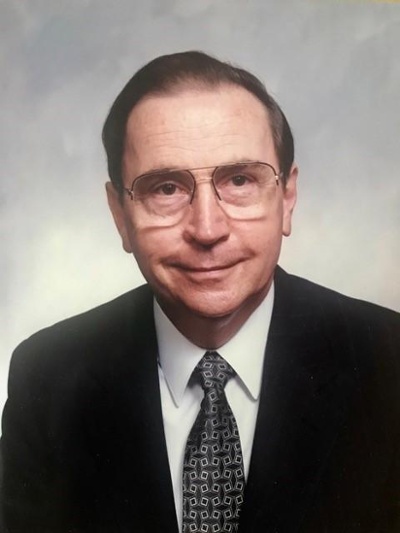 He was born January 27, 1931 in Lafayette to the late Oscar Ralph and Ruth Marie (Merchant) Strain. He was a graduate of Jefferson High School and continued his education at the University of Indianapolis where he earned his Bachelor of Business & Economics Degree, as well as Indiana University where he earned his Master of Business Degree, with a concentration in Savings Institutions. He married the love of his life, Myrtle LaRue Garriott in Scottsburg on June 14, 1953.

Bert was honorably discharged from the United States Army in 1953 after serving on active duty during the Korean War. He was a member of the American Legion, Rotary Club, Kiwanis International, Lafayette Housing Authority Committee, and St. Elizabeth Lay Council. He was also a member of the Free and Accepted Masons, the Scottish Rite, and Christ Church of Lafayette.

Bert was a successful businessman and banker, becoming president of First Federal Savings and Loan in 1982. In 1990, he lead the bank, then called First Bank, through a conversion from a mutually held savings bank to a public company traded on NASDAQ and later through an acquisition by Huntington National Bank. He is credited for the success of some of their most profitable years.

He was a humble man and generous with his time and money; donating to his community and church. He received the Distinguished Citizen Award from the City of Lafayette, Indiana for his service. He loved to golf, in which he lettered while in college. He also enjoyed playing tennis and watching movies, especially western movies. Bert had a love for fine cars, such as BMW's and Mercedes Benz. He was a coin and gun collector and was intrigued with military history. He cherished time spent with his family and friends.

He was preceded in death by his wife, Myrtle “Mert” Strain; parents, Oscar and Ruth Strain; daughter, Karen M. Norman; and 2 sisters, Francis and Shirley.

Visitation will be from 10:00 am until time of service at 11:00 am, Monday, July 1, 2019 at Soller-Baker Funeral Home, Lafayette Chapel, 400 Twyckenham Blvd., Lafayette with Rev. Joe Park Jr. officiating.