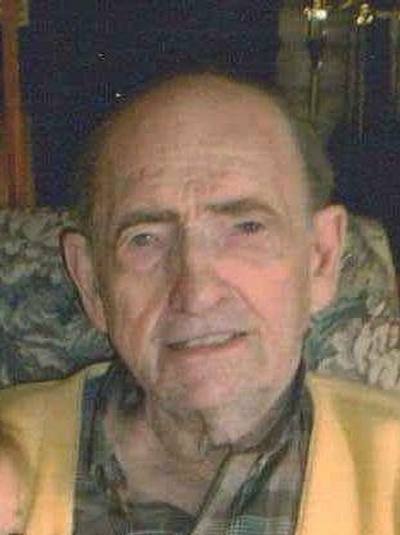 Edwin L. Wilson, 85, of Lafayette, IN, passed away Easter Sunday, April 21, 2019, at his home surrounded by family and loved ones. Ed was born May 27,1933 to Lewis and Helen (Sherman) Wilson in Lafayette, Indiana. He attended Jefferson High School. In 1950, at the age of 17, Ed enlisted in the Navy and proudly served his country aboard The USS Los Angeles during the Korean War. His ship was under heavy enemy missile attack and he thought this might be the end, but when he looked up in the sky rounds from the (Big-Mo) Missouri flew over his ship onto enemy territory to give support. Lives were saved that day and while he was broken and on bended knee, he was alive. Never forgetting that day he took his love of music and dance to nursing homes and Indiana Veterans home to give support in his own way.

Upon returning home, he met Vanda Timmons, the love of his life at Aca-Y-Alla skating rink. They wed on December 29, 1956 at St. Lawrence Catholic Church in Lafayette, IN. They were married for 41 years, until she passed. Ed worked at Alcoa for 33 years before retiring in 1996. He spent 15 years as a basketball official and softball umpire within the Greater Lafayette area community. Ed was a lifetime member of the VFW, American Legion and Fraternal Order of the Eagles Lodge #347. He was a proud member of the American legion honor guard for funerals.

Ed’s life-long passion for country music and line dancing made way for him to become a volunteer line dance instructor for 25 years. His motto, “you’re never too old to learn”. While some thought Ed to be a man of few words, in truth music filled his heart and as a result dancing overflowed. Ed will be remembered for his love of Country music, the rhythm in his feet and the dance instructions in his pocket.

Ed’s enthusiasm for story telling was a true gift. Whether it was a joke, news, sports, family event, or work he brought laughter into the world. Ed is survived by his 3 daughters, Denise Wilson of Lafayette, Karen (Steve) Sullivan of Lafayette, Connie Crawford (Steve) of Goshen, IN; a son Eddy Wilson of Lafayette (companion Cecila Smith), a brother James Wilson of Kentucky and a long-time dance partner and dear friend Carolyn Moore. He is also survived by many grandchildren and great grandchildren.

In addition to his parents, his is preceded in death by his wife Vanda (Timmons) Wilson, a daughter Diane Wilson and siblings Bertina (Wilson) LaGuire, Peggy (Wilson) Rooze and Richard “Dick” Wilson, great grandchildren Hope and Lyla Beiswenger.

Visitation Friday from 10-11am at St Lawrence Catholic Church mass to follow at 11am. A graveside service at Davis Cemetery in Greenhill, IN. Funeral dinner to follow graveside services at St. Lawrence. You may sign the guest book and leave memories at www.soller-baker.com